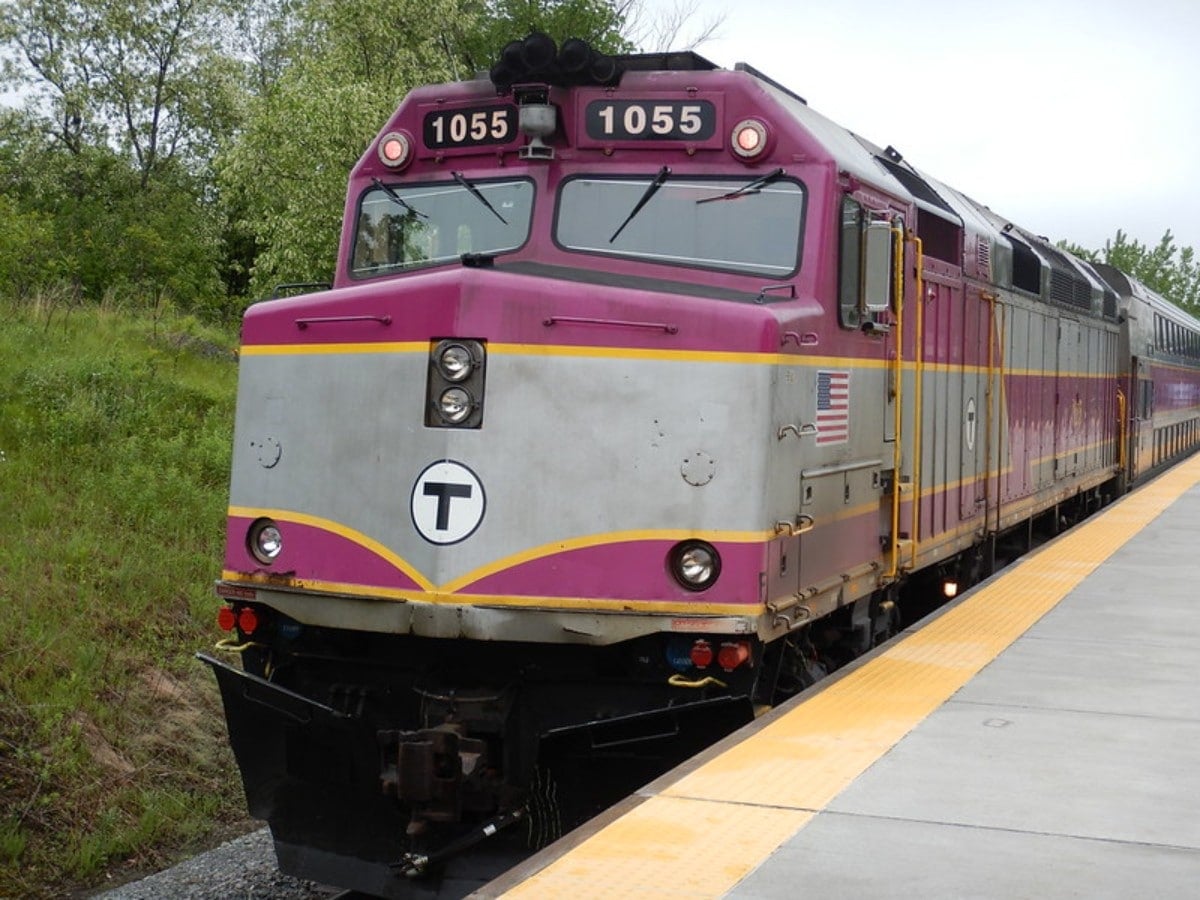 The Worcester Regional Chamber of Commerce will be hosting a roundtable today -- Tuesday, Sept. 17 -- to roll out the latest report from TransitMatters, “Regional Rail Proof of Concept: How to Provide Frequent, All-day Service on the Worcester Line".

A Worcester resident working in Boston can’t leave their house after 7 a.m. and expect to be in the city for a 9 a.m. meeting,” said Alex Guardiola, Worcester Regional Chamber of Commerce director of government affairs and public policy, of the volume of cars on the road in eastern Massachusetts today.

The roundtable will focus on the discussion of adding more trains to and from Boston on the Union Station schedule, as well as multiple additional stations across the eastern end of the Commonwealth, to help mitigate the congestion of the daily commute.

The event is from 2 PM to 3 PM at the Chamber offices on Main Street and is free and open to the public.

Register here for the event: https://business.worcesterchamber.org/events/details/business-government-forum-transitmatters-10371.

“We hope Questions for the Candidates can contribute to the ongoing civic discussion by focusing conversation on public policy issues affecting our community, using The Research Bureau’s unique perspective as a nonpartisan, independent organization providing information on important local and regional issues,” Research Bureau Executive Director Paul Matthews said. “Elections depend on an informed electorate engaging with the candidates, and as the Bureau report demonstrates, there’s a wide range of issues confronting Worcester’s next Mayor, City Council, and School Committee. We appreciate the opportunity to contribute to the public dialogue on these issues, and look forward to seeing candidates and voters at the debates.”

John Tobin Presents -- the management company behind Worcester venues The Woohaha Comedy Club and The Comedy Attic -- has taken over the management of four Treehouse Comedy venues in Connecticut.

“Brad Axelrod and Treehouse have been synonymous with Connecticut Comedy for over thirty five years and all of us at John Tobin Presents are thrilled with this acquisition, John Tobin said. “We plan to keep on making Connecticut laugh with high quality shows and expanded offerings such as live podcasts.  In addition, we could not be more pleased that Brad has agreed to stay with us as a consultant. Brad's breadth of comedy knowledge and institutional memory runs deep and will help guide and shape us as we all begin to write a new chapter in Connecticut comedy.”

"As President and Originator of Treehouse Comedy Productions, I am proud to pass along the Treehouse reigns to it's new Owners, John Tobin and Ryan Cott," Axelrod said. “John and Ryan have created, managed, and currently operate ten very successful comedy venues in Massachusetts. With a clear conscious, 36 years later, I can comfortably say The Treehouse is now in their great hands. I will be staying on as well as I look forward to working with John, Ryan, and his team as John Tobin Presents impacts the Connecticut scene with their purchase.”

On Monday, the Massachusetts Department of Public Health [DPH] launched a new statewide public awareness campaign using personal stories of recovery from substance use disorders. “My Path, My Recovery” features the real-life stories of Katie, Chris, Donna, Amy, Cory, and Julio who discuss their pathways to recovery, including the use of medication assisted treatment, counseling, and peer and familial support.

Beginning Monday, the My Path, My Recovery campaign will appear statewide on billboards, buses and in transit stations, convenience stores, and other locations. In addition, campaign videos will be available online and on social media and brochure and posters will also be available at no charge for display at clinics, treatment centers, hospital waiting rooms, and other health care facilities.

“There is no wrong door to treatment and there is no wrong path to achieve recovery,” said Health and Human Services Secretary Marylou Sudders. “I am proud of the work we’ve done in the Commonwealth to get people into treatment and support their recovery so they can focus on other important aspects of their lives. The campaign further supports the idea that everyone’s journey to recovery is unique and should be celebrated, especially as we recognize National Recovery Month.”

Nin is one of main representatives of the Dominican Diaspora Literature Movement; he will present his book “Poemas en blanco y negro/Poems in Black and White,” which explores themes including Afro Caribbean identity, social justice and exile.

This event is free and open to the public.  It is sponsored by the Department of Language, Literature and Culture. For more information, call 508-793-7234.