5 Things You Need to Know Today in Worcester – March 6 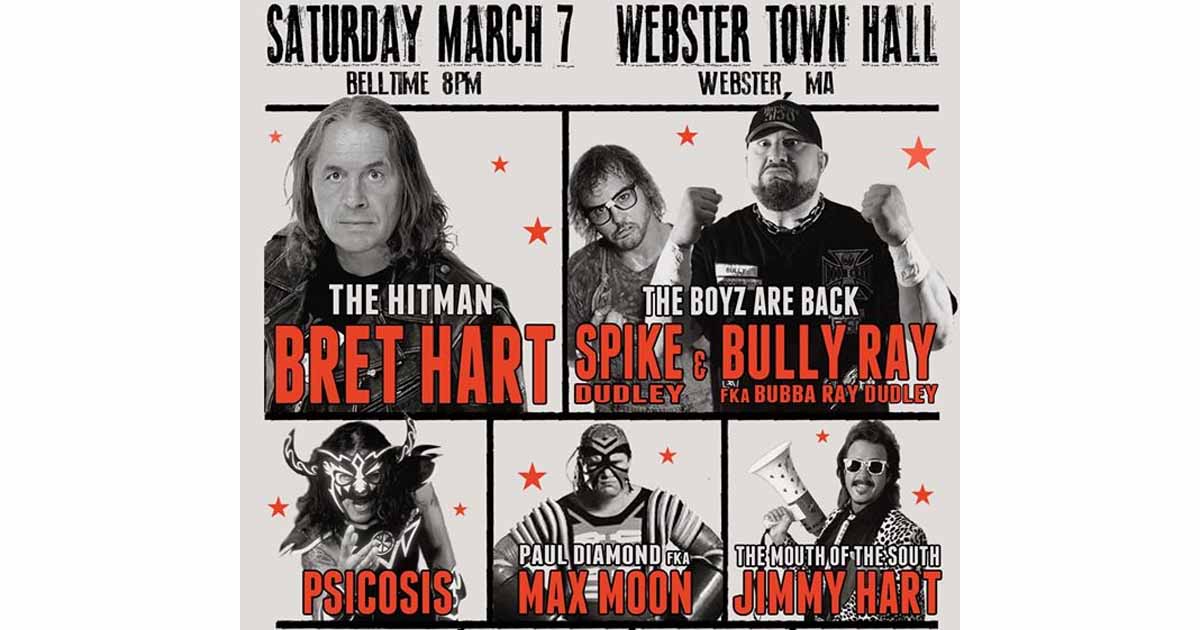 In today’s edition – Friday, March 6 –the City of Worcester has been awarded a grant for housing rehabilitation, legendary wrestlers are coming to Webster for a fundraiser, several local police departments help catch a fleeing suspect, the Worcester Research Bureau releases a report on Worcester voters and the Whitin Community Center is hosting a free kids day.

The City of Worcester was one of nine Gateway Cities to receive a $275,000 Gateways Housing Rehabilitation Program grant from the Massachusetts Department of Housing and Community Development.

This funding will be used specifically to address two to four unit buildings which have housing and sanitary code issues, or are at risk of losing property insurance. It will allow an additional 10-15 units that contain either sanitary or building code violations to be rehabilitated that would have otherwise not been funded strictly with HUD funding.

The wrestlers included in the show include Bret “The Hitman” Hart, Mouth of the South Jimmy Hart and The Boyz, Bully Ray and Spike Dudley.

The event is being held at Webster Town Hall with a meet and greet at 6 PM and the first match at 8 PM. Tickets are available at the door.

A vehicle stopped by Oxford Police at Main St. and Barton St. on Thursday led to the driver’s arrest for an outstanding warrant. While police were detaining the driver, the passenger fled the scene on foot.

Massachusetts State Police and Charlton Police established a perimeter to contain the suspect. A K9 unit from the Webster Police and a drone from the Auburn department also joined the search.

The suspect was later found hiding in the garage of a residential home.

The suspect was found with a knife, a bag of marijuana and more than $1,000 in cash.

Names of the suspects were not released.

The Worcester Regional Research Bureau has released a report analyzing the demographics of the electorate in Worcester municipal elections. The report reveals information on subjects like voter housing, average ages, “supervoters,” racial disparities and polling locations.

The findings in the report, titled “Absent Voters: Who is Voting and Not Voting (Yet) in Worcester Municipal Elections,” include:

The report also contains maps to illustrate the geographic disparities that exist, as voter turnout trends by ward and precinct are mirrored by demographic differences across Worcester’s many neighborhoods.

The Whitin Community Center [WCC] is hosting their annual Kids Fair & Eggstravaganza on Saturday, April 4, 2020 from 10 AM to 12 PM in the WCC's Gymnasium.