5 Things You Need to Know Today in Worcester - August 22 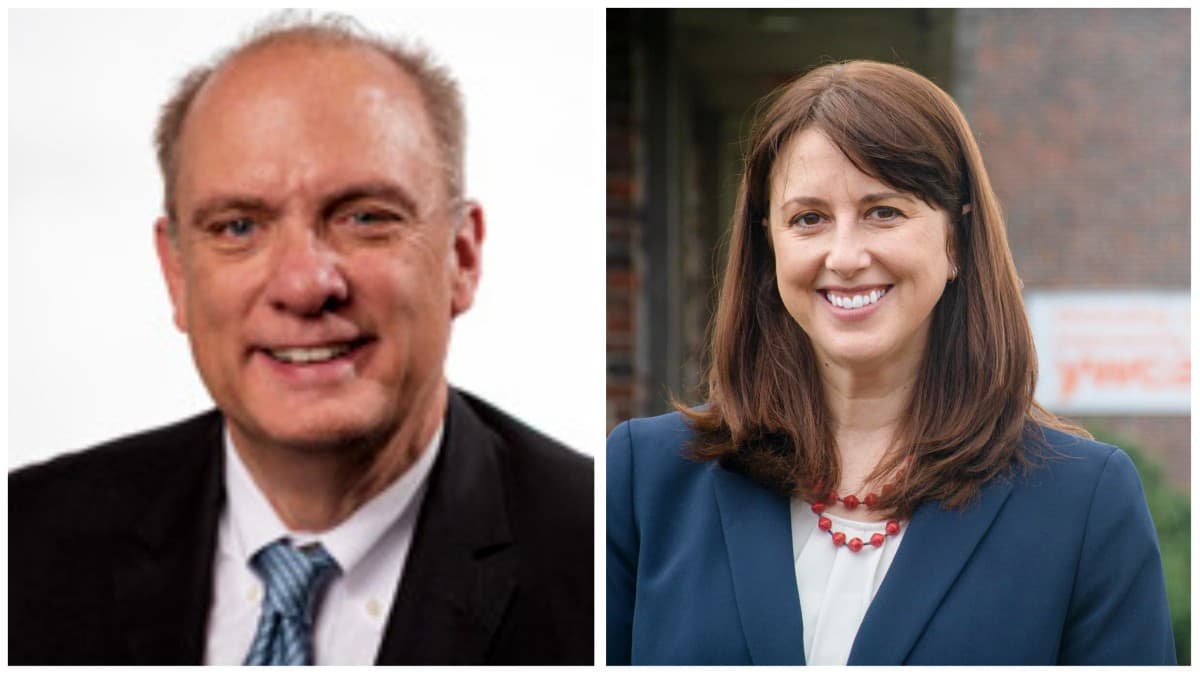 A candidate forum for state Senate First Worcester District is being held tonight at 6:30 PM at The Willows on Barry Road in Worcester.

Mayor Joe Petty and Robyn Kennedy will share their plans for the First Worcester District ( parts of Worcester and Berlin, Boylston, Northborough, West Boylston) and inform voters on their platforms.

Moderators for the forum include Hank Stoltz, host of Talk of the Commonwealth on the Radio Worcester Network, Ana Bottary, news anchor for Spectrum News 1 Worcester, and former Worcester city councilor Gary Rosen.

Doors will open at 6 PM. There is a 135-seat capacity. The forum will be live streamed at radioworcester.com.

Worcester Railers are Hiring Interns for the Upcoming Season

The Worcester Railers are hiring interns for the 2022-2023 season. The team is looking for interns for social media, broadcasting, ticket sales, community relations, graphic design, business administration and game operations.

Proceeds from the tournament will benefit the Manny 267 Foundation.

To sign up or for sponsorship opportunities, email: [email protected]

The Worcester Area Baseball Umpires Association is holding a fall clinic starting Sept. 20 for new umpires who want to be considered for high school and summer baseball assignments next season.

The class is being held at the EVO facility at 697 Hartford Tpk. (Rt. 20) in Shrewsbury.

Classes will run three weeks and be held every Tuesday and Thursday. To register, click here.

On Saturday, Sept. 17 from 12 PM to 5 PM, That's Entertainment on Park Avenue in Worcester is celebrating Batman Day.

Anyone that comes into That's Entertainment on Batman Day in a full superhero or villain costume will get an instant $5 in store credit and can enter a costume contest to win more prizes.

The first 100 people will also get a free That's Entertainment exclusive Batman Day print, illustrated by Mike Lilly and Bob Almond (1 per household). Almond and Lilly will also be offering to draw free mini head-sketches upon request.

The That's Entertainment will also have free Batman Day comics at the front counter. See the flyer below for more information; 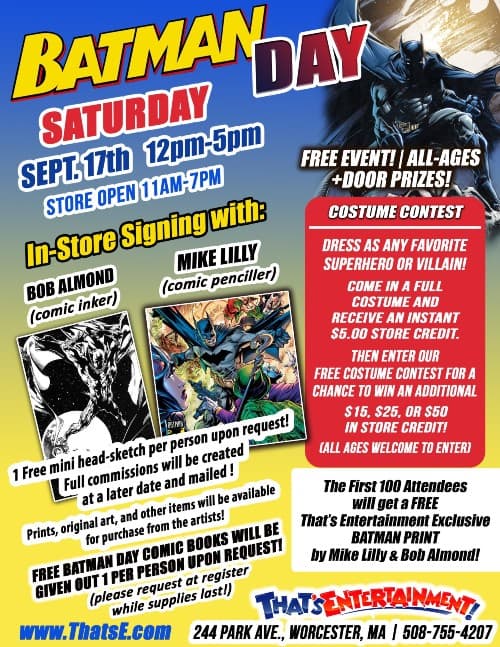