SHREWSBURY - Multiple officers responded to the TD Bank branch on Boston Turnpike around 1 PM on Tuesday, April 6, in response to a reported bank robbery.

The suspect fled the scene before officers arrived.

Witnesses reported a suspect passed a note demanding money and fled after receiving and undisclosed amount.

Police did not report injuries related to the incident. According to witnesses, the suspect was not armed.

Based on information officers developed at the bank, Worcester Police detained a suspect, Stephen Waterman, 53, of Troy, NH, less than 20 minutes later. Waterman was located on Myrtle St. in Worcester.

Shrewsbury Police reported to the Myrtle St. location and identified Waterman as the suspect. 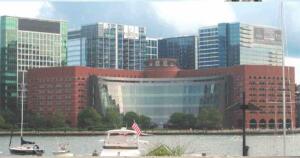 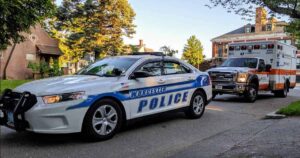