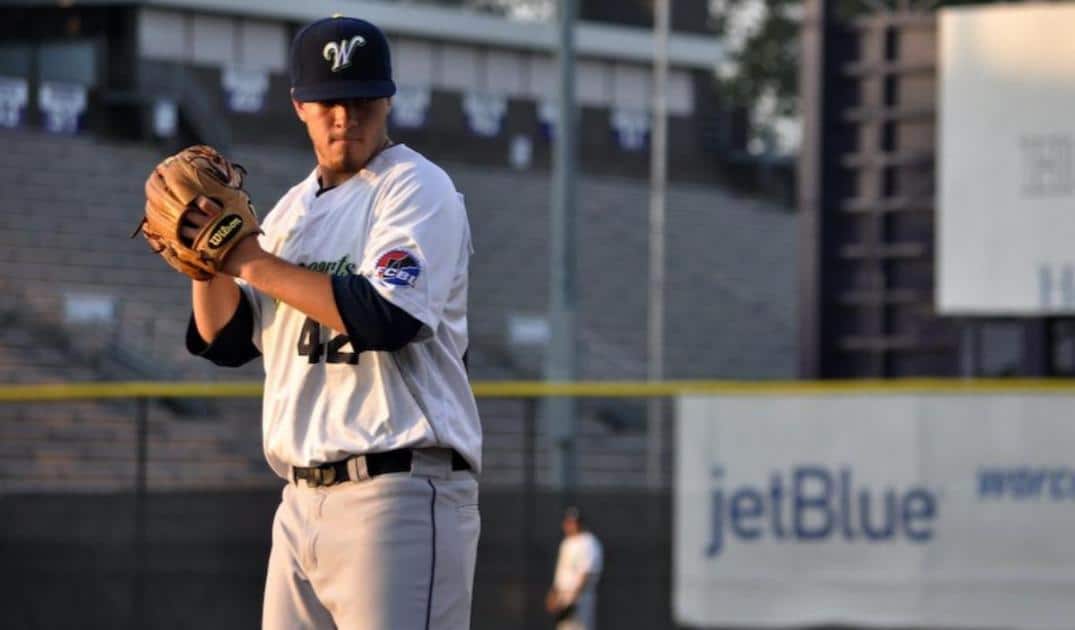 Civale was called up from the Indians’ AAA-affiliate Columbus Clippers to make a spot-start in place of pitcher Mike Clevinger who was placed on the IL with a sprained ankle.

The 24-year-old pitched six shutout innings — giving up only two hits and striking out six. Civale struck out the side in the first inning.

A native of E. Windsor, CT,  Civale was a member of the Worcester Bravehearts 2014 championship team where he appeared in seven games, starting four.
During the 2014 season, Civale posted a 1.52 ERA with a .97 WHIP and struck out 20 batters in 23.2 innings pitched. He was also selected to the Futures League All Star Game that season.
The Indians drafted Civale in the third round of the 2016 MLB Draft. Prior to being drafted, Civale attended college at Northeastern University and played for the Huskies from 2014-2016.
The Bravehearts live-Tweeted parts of Civale’s MLB debut here:

Here he comes! We made the trip to @CityofCleveland to see @AaronCivale in this moment! Welcome to the bigs! pic.twitter.com/Qho6NPNszM

Crowd reacts to @AaronCivale striking out the side in his first inning in @mlb! pic.twitter.com/bYPGNzDmyS