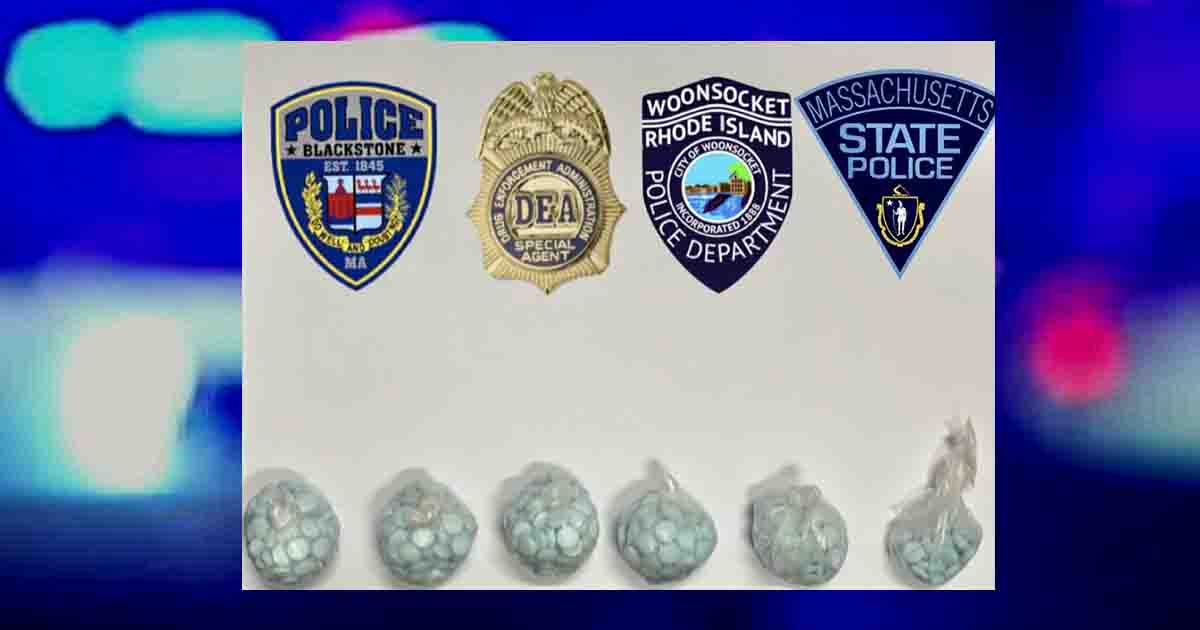 According to Early’s office, investigations in the Blackstone and Woonsocket areas in September and October resulted in the seizure of roughly 750 counterfeit Oxycodone tablets containing fentanyl, along with over 100 grams of cocaine.

The joint investigation resulted in an arrest for trafficking in fentanyl more than 10 grams. State Police Detectives assigned to

the Worcester County District Attorney’s Office with the Drug Enforcement Administration, the