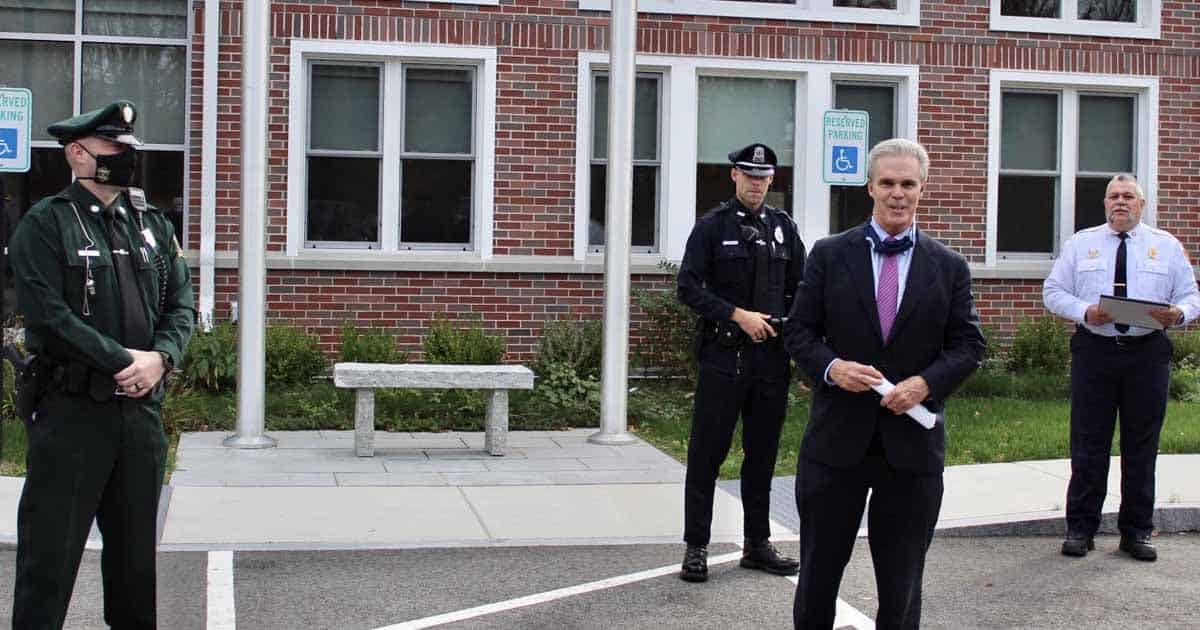 The men were presented with the District Attorney’s Team Excellence and Merit — TEAM — Award, which recognizes outstanding service by those in public safety, on Tuesday, October 27.

Chief Belsito led the rescue of a father and son on Cape Code Beach in July, while he was off duty.

Officer Pepin rescued a distressed man with a gun at Lake Manchaug in July, assisted by Officer Spaulding.

Early created the TEAM Award in 2019 to recognize public safety employees who go above and beyond the call of duty. Contact the Worcester County District Attorney’s Office at (508) 755-8601 to nominate someone for this award.