5 Things You Need to Know Today in Worcester — Wednesday, January 15 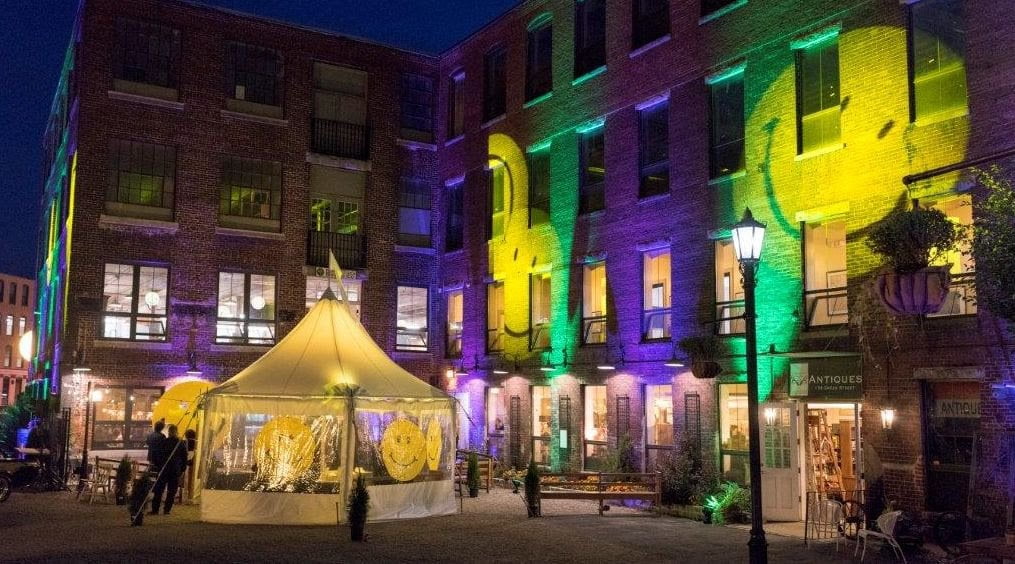 In today’s edition — Wednesday, Jan. 15 — the community benefits agreement for the construction of Polar Park has been signed, Hook & Reel is celebrating its grand opening, nominations are open for the Harvey Ball Smile award, and the Worcester Housing Authority and three girl-focused organizations got some sizable grants.

So, Who Makes YOU Smile? Nominate That Person

Worcester Historical Museum is proud to honor the memory and legacy of Harvey Ball and his world-famous creation, the Smiley Face. The “Harvey” is presented annually to an individual, organization, or group of individuals whose commitments have made a difference in the city of Worcester…and helped people throughout the community smile. It’s the last call for nominations for the Harvey Ball Smile Award.

The deadline for nominations is Friday, Jan. 24. Forward a brief confidential resume to [email protected] and let us know why this person/organization makes us smile.

The Worcester Community-Labor Coalition (WCLC) said yesterday that it has reached an agreement with the Worcester Red Sox and the city of Worcester on a Community Benefit Agreement (CBA) related to the construction of Polar Park.

The WCLC started calling for this agreement in July of 2018 while also announcing its support for the construction of the new ballbark, hotels and housing in the area and issues of neighborhood gentrification, local jobs, workforce diversity, environmental concerns, homelessness and affordable housing were acknowledged and addressed. Worcester City Council also voted to support the project with the expectation that a CBA be signed at a future date.

“This CBA responds to community concerns by providing additional assurances that the public tax dollars supporting this project are also supporting this community,” said Jack Donahue, WCLC organized labor co-chair, Carpenters Local 336. “We’ve already seen that the ballpark was a great economic development decision for our city. This CBA is the next level. It protects good jobs, the neighborhood, our community, the right to organize a union and it provides opportunities for our young people, making Worcester’s future even brighter."

Maritza Cruz, WCLC community co-chair, YWCA of Central MA, added:  “We were clear from the start when we said, ‘the ballpark development will directly impact the Green Island Neighborhood. We cannot ignore the needs, hopes and priorities of the women, men and young people that are the true developers of this community.’

Sixty Worcester-based community and labor organizations signed-on to the WCLC’s original call for a CBA in September, 2018, pledging to support the City Manager’s ballpark proposal if community needs were included in the project’s plans.  In part, the statement read,

More Fish in the Pond

Cajun seafood has been somewhat of a hard catch to find in Worcester, but Hook & Reel is now bringing their bibs, gloves and mess-worthy crawfish, crab legs and more to Worcester!

Hook & Reel is expanding to New England and recently opened their first Worcester location at 539 Lincoln St. The restaurant is celebrating its grand opening on Thursday, Jan. 30.

The WHA, at the tail end of last year, was awarded $360,000 from the U.S. Department of Housing and Urban Development to renew its Family Self-Sufficiency (FSS) Program grant.

Regarded as “highly successful,” the program serves federal public housing and Section 8 residents and assists those participants in increasing their income and provides educational, employment, and financial literacy services that promote and lead to self-sufficiency. The award from HUD is slightly higher than last year’s award of $336,000.

In addition to the FSS Program, the WHA also offers its Resident Opportunities and Self-Sufficiency (ROSS) and A Better Life (ABL) programs to its federal and state tenants, respectively. The WHA has likewise experienced great successes with its FSS program, with more than 50 families graduating the program in the last five years.

“We are proud of not just being a local leader with helping families, but being a national model on what it takes to assist families towards self-sufficiency,” said WHA Executive Director Alex Corrales. “In order for us to truly end the cycle of poverty, we must equip our  participants with the tools and skills to improve their employment, education and financial statuses. Programs like FSS allow us to do just that.”

Kids growing up today are obviously living in a very different world than 50, 25 or even 10 years ago. Just hand them a rotary phone and watch their confusion and expression. A new program, All About MEdia, has been designed to support girls and their families with the tools to be safe in today’s digital world.

The Fred Harris Daniels Foundation has made this program possible with a three-year grant of $225,000. Girl Scouts of Central and Western Massachusetts, Girls Inc. of Worcester, and YWCA of Central Massachusetts have a proven history of success in providing quality, girl-only programming, making them ideal facilitators for the All About MEdia program. This collaboration allows girls from Worcester County to learn how to safely navigate the world of social media.

“Not only does this offer a strong collaborative opportunity for the three largest girl-serving agencies in Worcester,” said Fred H. Daniels II, the Foundation’s president, “but it also works to address a significant ongoing challenge for girls ages 10-14.”

All About MEdia is open to all girls in grades 5-8 in greater Worcester and is completely free of charge. For girls who don’t have a prior membership to one of the three organizations, membership will be covered by the grant. Girls will have the opportunity to attend the eight week All About MEdia series, at which they explore online advertising, cyber-bullying, and creating healthy relationships.

The kickoff event, which includes an information session for parents/guardians on how they can be better equipped to help their girls online, is planned for Jan. 18 at Notre Dame Academy from noon to 2 p.m. Girls then pick the program they’d like to attend.