5 Things You Need to Know Today in Worcester — Thursday, Feb. 20

When Head of School Lance Engbers first announced his plan to step down after a 36-year tenure at Whitinsville Christian School (WCS), one question became clear. “Our first thought was to wonder how we'd ever find someone who can come close to what Lance offers as a leader,” said John Casey, president of the WCS Board of Trustees, in a statement.

Established in 1907, WCS lies in the heart of the Massachusetts Blackstone Valley. The school has grown steadily beginning with its purchase of a 27-acre campus in 1966, the addition of a high school in the 1970s, and several other major building projects to expand and update campus facilities. Student enrollment is booming, too.

Engbers first arrived at the school as the elementary school principal, teaching a fifth-grade science class, and gradually transitioned into educational administration. Even after becoming Head of School, he found time to focus on the students, welcoming them at the start of each day and writing personal notes on birthday cards for every child. Now that he's poised to retire, he's leaving New England's oldest accredited Christian school at a point of great transition as the community welcomes its next Head of School, Richard (Rick) Lukianuk, JD.

Lukianuk leaves his current position as Head of School at Heritage Christian Academy in Kansas for WCS in June. He began his career in international law. He rose through the ranks to become a vice president and general counsel for Fisher Scientific Worldwide, Inc. before becoming an educator. His experience serving at three different Christian schools along with his legal background and a passion for writing music—he recently co-wrote a musical that was chosen for last year's Broadway Summer Music Festival—culminate in making Lukianuk an excellent choice to lead WCS into the future.

YWCA Central Massachusetts invites women of all ages to join their free Cancer Survivor Series this winter. The series (below) takes place from 6 PM to 7 PM at the nonprofit’s downtown, Salem Square, facility. The three-part series gives the community access to top medical experts and industry professionals; each dedicated to empowering women recovering from cancer through various health and wellness avenues.

“Knowledge of our bodies and our resources make us the best self-advocates as we strive for good health,” stated YWCA Women’s Health Specialist, Alfee Westgroves.

To complement the YWCA’s year-round cancer support programs, the series allows cancer patients, survivors, and their family and friends to gain the skills necessary to cope with and thrive during and after treatment.

The Worcester Regional Research Bureau serves the public interest of Greater Worcester by conducting independent research and analysis of public policy issues to promote informed public debate and decision-making. And since 1988, The Research Bureau has also celebrated the unsung heroes of public service.

The northwest corner of 20 Franklin St. is unveiled as the Jean McDonough Arts Center (JMAC) opens officially with a lighting ceremony on March 5. The JMAC (pronounced JAY-mack) is comprised of the Worcester Cultural Coalition’s sister event spaces: the ever-changing Worcester PopUp, and the upcoming BrickBox Theater.

In fall 2019, Worcester-based philanthropist Jean McDonough gifted $2 million to support completion of the BrickBox Theater, set to open in the summer of 2020, and to subsidize operations of the venue’s first years.

“I’ve always had a love for regional theater and couldn’t pass up the opportunity to support Worcester’s arts community and bring the stage to life,” explained McDonough. “This new theater and the PopUp tie right into my vision for a vibrant city.”

Free and open to the public, the March 5 lighting ceremony begins at 4:30 p.m. and features remarks from City Manager Edward M. Augustus, Jr., entertainment from the Joy of Music Program, sweet treats from the Canal District’s Queen’s Cups, and a champagne toast.

With Black History Month and primary season in full swing, the personal finance website WalletHub today released its report on 2020’s States with the Highest Political Engagement Among African Americans.

To determine where black Americans are most engaged in the political process, WalletHub compared 49 states across six key metrics. They include black voter turnout and registration during the most recent midterm and presidential elections as well as the proportional representation of blacks in the state legislature and national party conventions.

States Where Blacks Are Most Politically Engaged:

To see how MA compared to other states, scroll the map below: 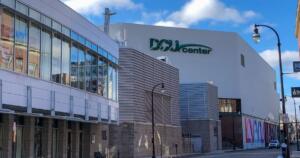 Phase 4 Industries Can Reopen in Mass on Monday

Massachusetts moves ahead with plans previously announced to reopen certain Phase 4 industries on Monday, May 10, including outdoor venues.
1 2 3 … 1,759 Next » 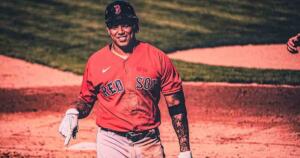 WooSox Slug Out 8-6 Win with 14 Hits Against Buffalo

The Worcester Red Sox took control early and maintained a lead throughout their Saturday night game against the Buffalo Bisons on May 8,2021.
1 2 3 … 1,759 Next »