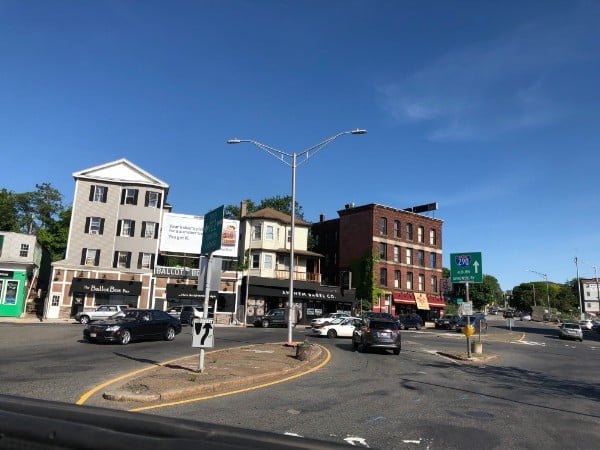 In today’s edition — Tuesday, Oct. 29 — groundbreaking at Kelley Square is taking place on Thursday, veteran journalists discuss the future of print journalism, kids who really need some music are getting some musical instruments donated to them, the Chamber Music Society has a new show and Indian’s Lake’s water level is going to get a lot lower for a while.

The Massachusetts Dept. of Transportation [MassDOT] is hosting the ceremonial groundbreaking for the Kelley Square project this week.

The event will take place on Thursday at the Worcester Public Market. The groundbreaking will be held indoors to allow the event to be rain or shine.

New Gear Donated to Worcester Musicians and Artists in “Come Together: A Worldwide AMPP Celebration”

HRA Studios & Foundation is donating new gear to AMPP Worcester [Arts and Music Police Partnership] musicians and artists, followed by a once in a lifetime collaboration between Worcester and the rest of the world, on Sunday, Nov. 10, from 3-4:30 p.m. at the Denholm Building in Worcester.

The HRA Foundation is a nonprofit established in 2005 to provide music and arts outreach to under-served population, including those with terminal illness, severe complex trauma or special needs. AMPP Worcester is a partnership with members of the Worcester Police, local musicians, and artists, forming relationships and helping local youth.

As we click quickly for our news, it’s up for a lot of debate and folks are skeptical: what is the future of print journalism?

The New England First Amendment Coalition is hosting a discussion led by speakers Dianne Williamson and Dan Kennedy on Tuesday, Oct. 29, from 7-8:30 PM at the Leominster Public Library. Williamson

Kennedy is a journalism professor at Northeastern University and a nationally known media commentator for WGBHNews.org and other publications. He is also a regular panelist on Beat the Press, an award-winning weekly media roundtable on WGBH-TV.

The event is free.

Join the WCMS for a nocturnal program that examines the dark hours from a variety of angles on Sunday, Nov. 3, at 4 PM at the Curtis Performing Hall at Assumption College.

The Annual Drawdown of Indian Lake

The city’s DPW commences its annual drawdown of Indian Lake on Nov. 1 this year. That’s when the water level is reduced several inches per day over the the next few weeks with a maximum reduction of five feet. The lake is then maintained at this level throughout the winter to help manage non-native invasive aquatic plants. The water will be brought back up to its normal level by no later than April 1, 2020. Winter drawdowns have proven to be an effective way to control the growth of aquatic weeds along the shoreline and in shallow parts of city’s lakes and ponds.