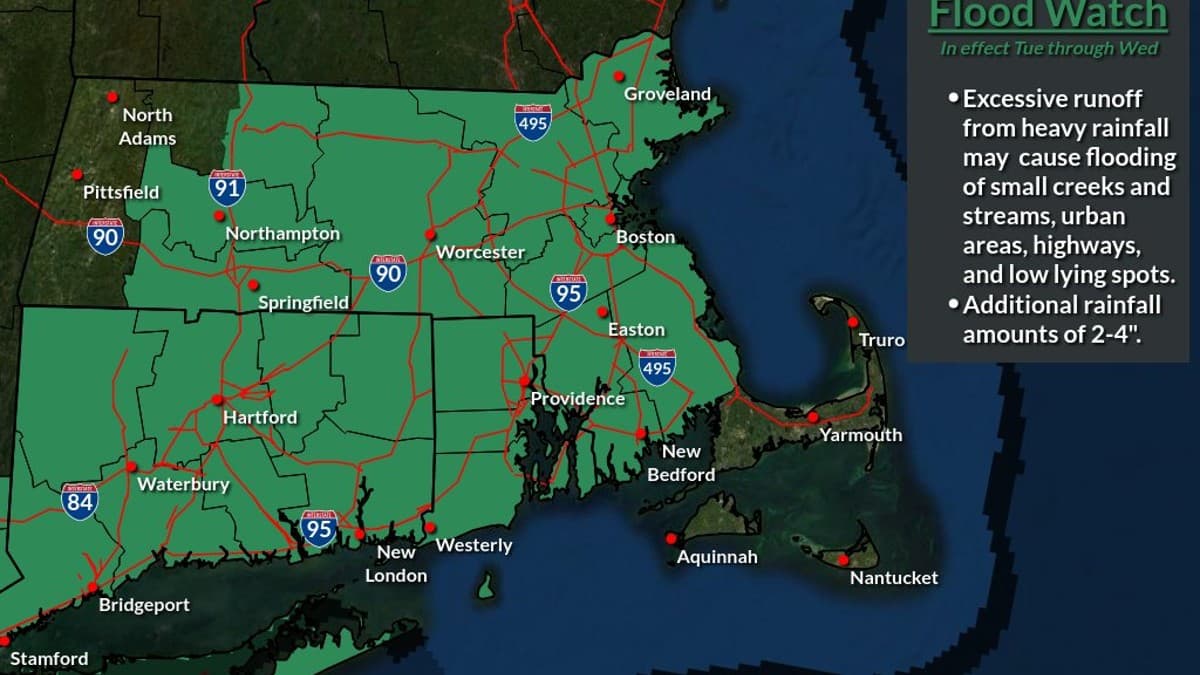 During the watch period, rainfall totals could reach three to five inches and may exceed one inch per hour at some times.

On Monday night, NWS predicts rain mainly after 11 PM, including patchy but dense for with a low temperature around 47 degrees. New precipitation of up to one inch is expected.

In its Tuesday forecast, NWS predicts one to two inches of precipitation with heavy rain at some times. Wind gusts could reach as high as 29 miles per hour. Expect A high of 56 degrees during the day.

Tuesday’s afternoon commute may be particularly affected with some of the heaviest rains of this storm.

Showers continue Tuesday night and into Wednesday before tapering off on Wednesday night.

The forecast on Thursdays calls for a mostly sunny day with high near 55 degrees.