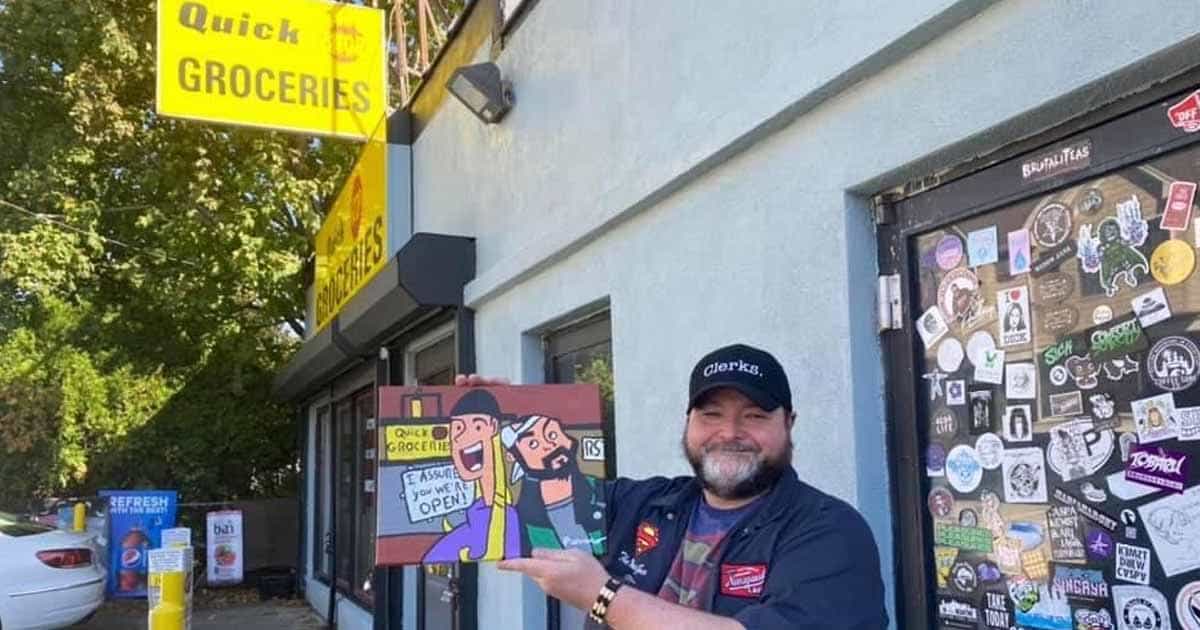 WORCESTER - Glenn Ferraro has a passion for art – and for the movie Clerks.

The Worcester native has created various paintings showcasing the characters from his favorite 1994 film about two convenience store clerks.

“I watched the sequel to Clerks, Mallrats, before seeing Clerks, and I loved it. Each movie connected to each other, and I have been following it ever since,” Ferraro said.

Having a passion for art and the movie, Ferraro visited New Jersey last month in hopes of getting his work showcased at the Quick Shop where the movie was filmed.

Clerks was written, directed, co-produced by Kevin Smith -- who even starred in the film as “Silent Bob.” The movie was filmed after hours inside the Quick Shop.

A story that goes beyond just an everyday Clerks fan:  these stories, and characters that Kevin Smith have created resonate with Ferraro not only as an artist, but as a person as well.

Recently, Ferraro’s adventures have led him to make a painting for the actor Brian O’ Halloran who plays Dante in Clerks.

“The character I am most like is “Silent Bob,” the character that Kevin Smith created. Dante is the lead role, one that I also relate to. I am quiet when I first meet people, he has profound stuff to say, and, like him, I have worked retail my entire life,” said Ferraro, who is a meat cutter at Whole Foods.

By painting and designing different characters on canvases Ferraro’s art tells a story.

“I wanted to be a comic book artist when I was younger,” Ferraro said. “Painting and drawing are stress free for me. I shutdown and just paint."

Ferraro’s children are starting to take his artistic skills, as his daughter and son both paint with him.

“I picked up painting again after 20 years. I focus on Bob Ross-type paintings. I usually have an outline that I follow, mostly freehand using pencil and then go from there. The acrylic and oil paintings take longer to dry. There are different styles of paintings I have created such as Disney and animated characters. I challenge myself to do other paintings,” Ferraro said.

In the future, Ferraro has some artistic -- and Clerks fan --  goals to check off his bucket list.

“I want to meet Kevin Smith someday, to have a gallery to showcase my art and other artists in Massachusetts,” Ferraro said.

In the past week, Ferraro got a Twitter shout-out from Dante himself, Brian O'Halloran, for Ferraro's painting of Dante that now hangs in the Quick Stop in New Jersey:

So, the man who painted the Dante "Employee of the Month" painting that hangs in the actual Quickstop in Leonardo, NJ. he is working on a new piece that he will sending me! Thank you @RealMovieGuru. I look forward to seeing your latest inspiration! 🖼️🎨 https://t.co/KyXMlQSXsS