Rett was traveling in a van with the Holy Cross Women's Rowing team at the time of the accident.

Eleven people were injured. Sources tell us at least four people were taken from the scene of the crash via life flight. At least four others were taken by ambulance. Three people involved in the accident are in critical condition.

Rett, of Uxbridge, just celebrated her 20th birthday on Tuesday.

The Director of the Office of the College Chaplains. Marybeth Kearns-Barrett, released the following statement:

It is with great sadness that we share with you that Grace Rett '22, a resident of Healy, has passed away following this morning's accident involving the women’s rowing team.

Our thoughts and prayers are with Grace’s family, friends and teammates at this time

The athletics department released the following statement earlier in the day:

This morning, members of the Holy Cross women's rowing team were involved in a serious crash while traveling in Florida. The College is in contact with authorities in Florida and is in the process of gathering more information. Holy Cross has been in touch with the families of those students and coaches and is offering support for all those involved.

We ask that you keep all those involved and their families in your prayers at this time.

For those needing to talk to someone, the Office of College Chaplains and the Counseling Center are both open today.

We will continue to update this story as more information becomes available.

We are aware of a situation involving women’s rowing this morning in Florida. Updates will be given as we are able. https://t.co/vIZK20ULbI 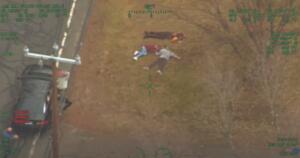 Two brothers from Connecticut surrendered to the State Police Air Wing after a pursuit from Sturbridge to Ludlow on Tuesday, April 13.
1 2 3 … 1,657 Next »

The section of Princeton St., between Jackson St. and the split of Princeton and Whitney St, will be closed during working hours until April 23.
1 2 3 … 1,657 Next »