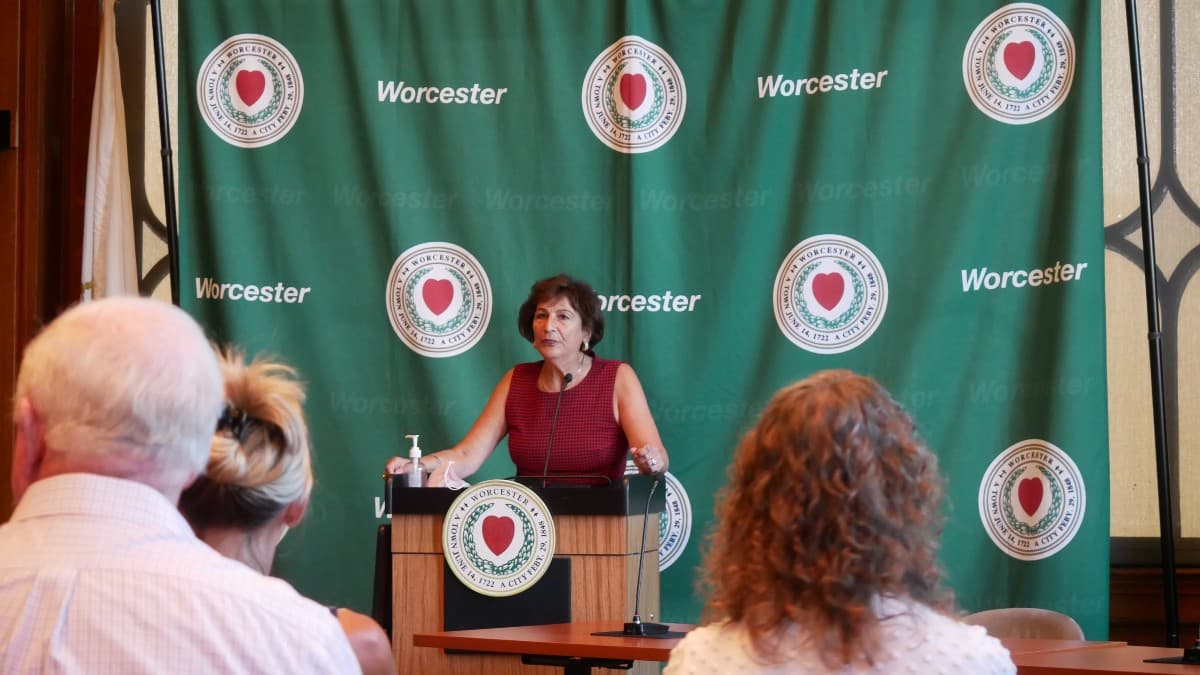 WORCESTER - City Hall’s Levi Lincoln Chamber was packed on Wednesday evening as nonprofit, business and city and state leaders from across central Massachusetts convened for the first Worcester Summit on Housing and Community Well-Being.

The event aimed to bring experts together from a variety of organizations in order to come up with practical solutions for homelessness and housing insecurity in Worcester.

“When it came to COVID, we solved that problem by coming together,” said Rep. Jim McGovern while speaking at the event. “When it comes to people who are unhoused, we need to do something about that and we need to do it together.”

According to data shared at the event, only 13% of housing in Worcester is affordable, an amount lower than any other city in Massachusetts. Representatives from groups like the Central Massachusetts Housing Alliance said the number of individuals who have reached out to them to request housing services has nearly tripled in recent months from 400 to 1,100.

State officials taking part in the event also stated that Massachusetts is facing a shortage of nearly 156,000 homes for low income housing.

A panel of experts comprising State Rep. Mary Keefe, Brooke Doyle, the Commissioner of the Massachusetts Department of Mental Health, and several others spoke about how the issues of homelessness relates specifically to central Massachusetts and Worcester, citing recent reports that found half of Worcester residents pay over 30% of their income in rent and that the cost of a single family home in Worcester has increased by 39% in the past year.

Recent reports from the Central Massachusetts Housing Alliance state that Worcester County has a homeless population of 690 people, nearly double the amount that it had the previous year.

Reminder: Summit on Housing & Well-Being this Wednesday!@RepMcGovern has been added to our list of speakers, joining:@Sen_Chandler @ACM_Batista@MayorJoePetty@MaryKeefeMA
HHS Commissioner Dr. Matilde Castiel and Director of Homeless Services Dr. Eniya Lufumpa...