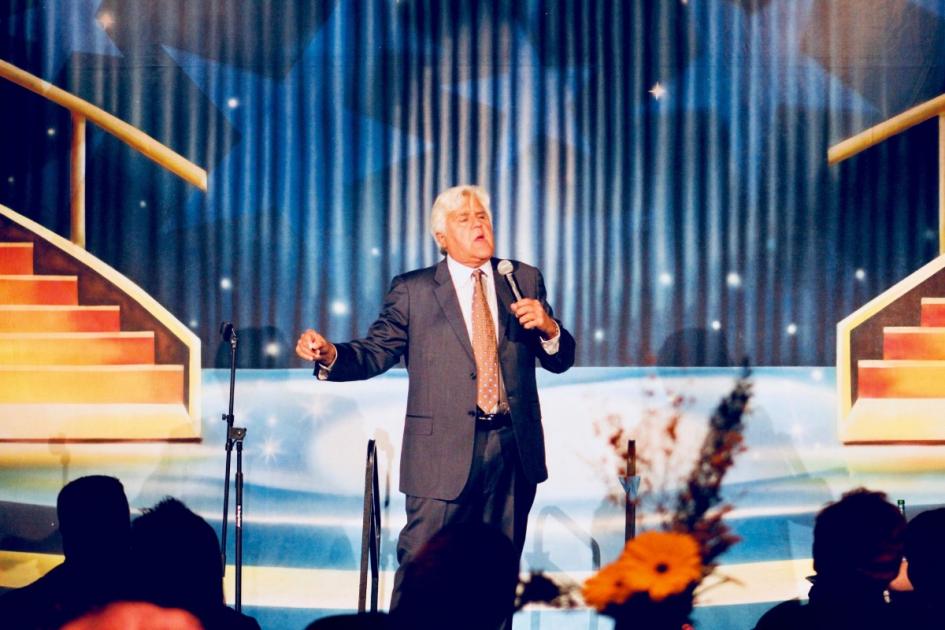 SHREWSBURY – In front of a sold-out audience at St. John’s high school in Shrewsbury on Saturday night, comedian and former The Tonight Show host Jay Leno performed a comedy set to raise money for the national nonprofit, 15-40 Connection.

“As someone who grew up in Massachusetts, where this organization does so much important work, I am excited to join 15-40 Connection for this momentous occasion,” Leno said. “Everyone knows someone affected by cancer, and detecting it early plays a big role in saving and improving lives.”

Celebrating its 10th year, 15-40 Connection — dedicated to teach people how to identify the early symptoms of cancer, when to seek medical care, and how to collaborate with doctors to play an important role in saving their own lives — hosted their annual gala and auction for their biggest supporters in order to continue their efforts with the 3 Steps Detect education in high schools, colleges, workplaces and fire departments across Massachusetts.

“This 10-year milestone provides a moment to reflect on all 15-40 Connection has accomplished already and how we can turn the momentum and awareness we have created into an opportunity to save more lives in the future,” 15-40 Connection President & Executive Director Tricia Laursen said. “Our 3 Steps Detect is a tool for life that everyone should have, and we’re going to make that happen.”

A golf tournament will take place on Monday, June 3 at The Haven Country Club in Boylston and the Worcester Country Club.

“The best medicine for cancer is to detect it early,” said Jim Coghlin Sr., founder and chief volunteer of the 15-40 Connection. “Our Gala & Golf event celebrates the lives that 3 Steps Detect has saved and changed for the better and we know this would not be possible without our incredible supporters.” 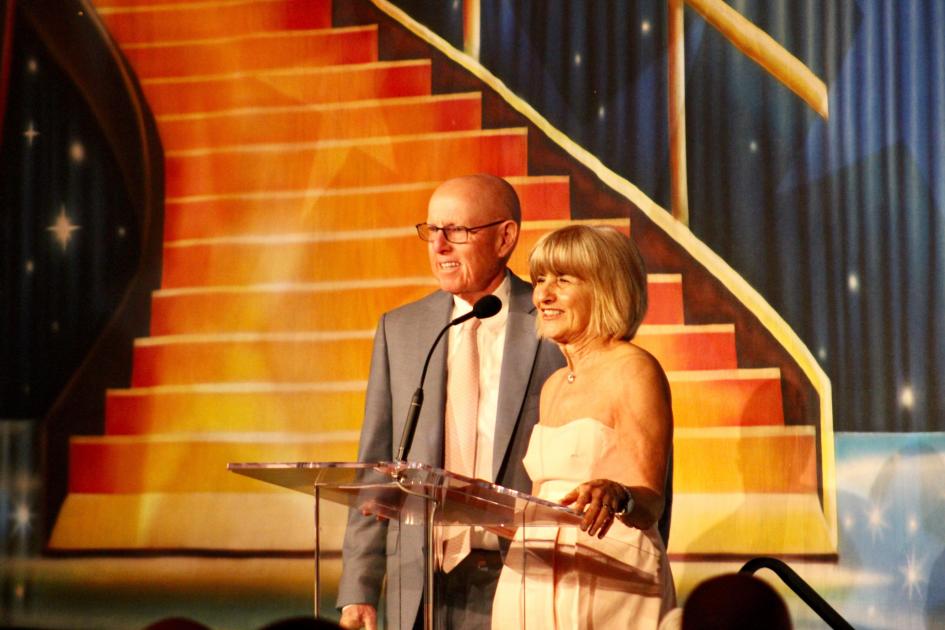 In an exclusive interview with ThisWeekinWorcester.com, the comedy legend Leno described Saturday night’s event as “local people helping out a local cause.”

“There’s probably no one here from outside of a 50-mile radius that comes to this,” Leno said. “It stays in the community and they’re helping people out in the community. Just in the short time that I’ve been here, I’ve already heard a half a dozen stories about people in this community affected by this cause.”

Leno mentioned Shrewsbury high grad Michael Bodge, who passed away from testicular cancer in April. Bodge’s family set up a a fund to do the 15-40 education in Michael’s name. Bodge’s story hit close to home for Leno.

“That’s how I lost my brother,” said Leno, who raised an additional $80,000 for 15-40 Connection by auctioning off private tours of his garage and car collection for $5,000 each.

Leno, who is still touring, flew back to Los Angeles after the 15-40 Connection event and was leaving for Belgium on Sunday. 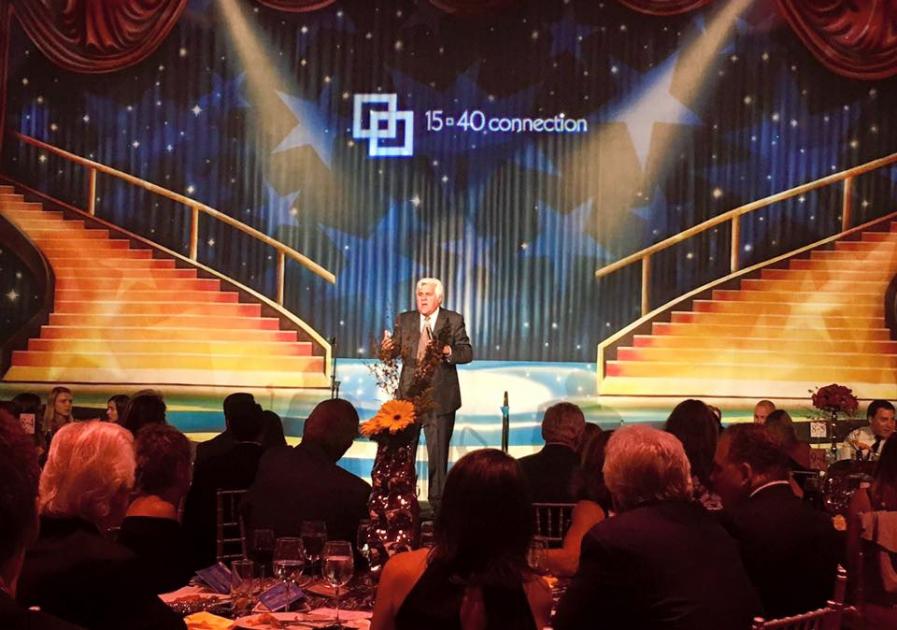 When asked how he got involved with the 15-40 Connection, Leno, who grew up in Andover, said, “My job is to try and help raise money to fight it. There’s all kinds of different cancer benefits. We do dozens every year. This seemed like a good one with a good reputation and when they asked me to do it, we checked it out and I said ‘Okay, let’s do it.’

“We didn’t pull anyone’s medical records or look at anyone’s finances first,” Leno joked. “I was flattered that they asked me. I grew up around here. It’s always fun to come back here.”

Leno added, “It’s family helping other families. It’s nice to see. Every day there’s nice people doing nice things to help other people and you don’t really hear about it. This isn’t a wealthy community in the likes of Beverly Hills or Long Island, but they’re raising a lot of money and it’s nice that they do that. It all comes from local people and it stays here in the community.”

Following the gala and Monday’s golf tournament, Coghlin, Laursen and the 15-40 Connection will continue to push for early diagnosis and educating people on how to detect the early symptoms of cancer.

Coghlin said, “I’ve been working on fighting cancer for 40 years. And in that process, I found that there was a calling for early education. And we’ve been saving lives through what we’re doing for 10 years now.”

Coghlin described Tuesday, June 4 as the organization’s “New Year’s Day” to rest up and then rally to expand 15-40 Connection’s reach outside of the Northeast and to help educate firefighters in other states.

Laursen stressed the importance of getting their message across to as many people as possible.

“If you can get someone to go the doctor on time, who’s going to really collaborate with the doctor and really tells them what’s going on, and knows what their role is in the diagnosis, it’s that easy to save lives. It makes that much of a difference,” Laursen said.

WPD Seeking Suspect of Multiple Break-Ins on West Side

Get Gas as Low as $2.55 per Gallon this Week in Worcester