WORCESTER – A labor of love is exciting and rewarding and enriching and has purpose. But it’s daunting and demanding, too.

Pete Crozier has experienced all of the aforementioned feelings, and lots of emotions, too, on the odyssey he named Fifty for Father: 50 Courses in 50 States in 50 Days.

Fifty for Father will conclude Monday, July 15, 2019, at Worcester’s Green Hill Golf Course, where Crozier’s father, George Crozier, learned how to play the game of golf.

At around 3 p.m., Monday, when he walks off the 18th green at Green Hill, Crozier will have played a round of golf at 50 different courses – one in every state in the union – in a 50-day span.

“My dad grew up in Worcester, he went to WPI and somewhere along the way he learned how to play golf at Green Hill,” Crozier said during a phone interview Tuesday, July 9 – Day 44 – after playing The Golf Club at Mansion Ridge in Monroe, N.Y.

“My dad’s favorite famous brush with greatness from his time in Worcester was the day Bob Cousy taught him how to shoot a hook shot,” Crozier said with a laugh. “Cousy went to college at Holy Cross when my dad was a teenager. They met at a public basketball court in Worcester at some point and Cousy took the time to teach him the hook shot.” 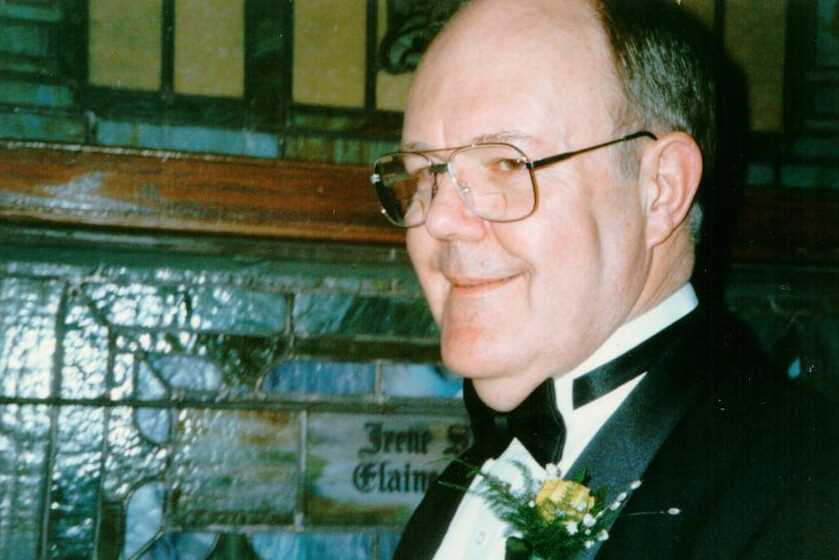 So, George Crozier taught Pete Crozier about the game of golf? Well, not exactly.

“I would say that we learned together,” Crozier said. “He played as an adult and that gave me the opportunity to play. It was something I had interest in, so he got interested in it, too, rather than vice versa. I started working at a little nine-hole course when I was 12 or 13 and I fell in love with the game. It was a bond that we shared over the next six or seven years.

“The qualities that you learn in golf are the same qualities I always think of when I think of my dad,” Pete Crozier continued. “Qualities like integrity and character and honesty and accountability and dedication and practice. All of those things embodied the kind of man he was. Golf is analogous to how I remember him.”

George Crozier died 20 years ago after suffering a stroke which was brought on because of complications from his type 2 diabetes. Eleven years ago, 15-year-old Gavin Crozier – Pete’s son and George’s grandson – was diagnosed with type 1 diabetes.

Type 1 diabetes occurs when your immune system, the body’s system for fighting infection, attacks and destroys the insulin-producing beta cells of the pancreas. Scientists believe type 1 diabetes is caused by genes and environmental factors, such as viruses, that might trigger the disease. 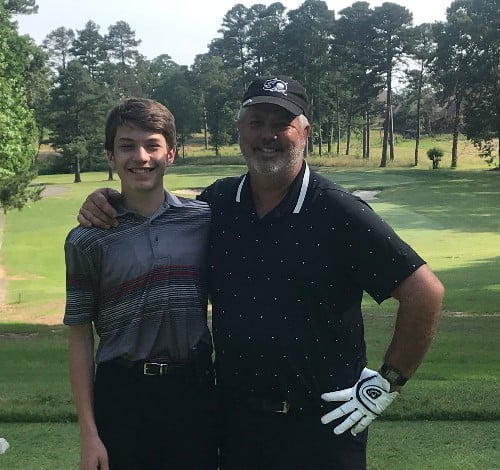 Pete Crozier [left] with his son, Gavin [right]/Photo Courtesy of Fifty for Father

Crozier dedicated his 50 in 50 to the memory of his father and the love and respect he has for his son. But make no mistake, this was no golf vacation.

“I never wanted this to be a golf vacation; my golf vacations last three or four days. So, this being a 50-day road trip, it was something bigger than that,” Crozier said. “Quite honestly I wanted it to be hard. I wanted to feel what my son goes through on a daily basis having type 1 diabetes.

“I��ve walked over a half a million steps and I’ve played in 100-degree heat in Vegas, 38-degree cold in Montana and had some sleepless nights,” Crozier continued. “I actually called my son on Day 15. The natural high of doing this had worn off. It was a hot day in the southern desert of Utah and I called my son and said, ‘dude, I’m feeling ya. Is this what (having type 1 diabetes) feels like?’ And he said, ‘yeah, that’s it dad. I can’t quit and neither can you.’”

Crozier said that conversation with his son gave him the motivation to keep going.

“I knew I had to wake up and grind it out – every day,” Crozier said. “I called on him for support and he gave it to me. Hopefully I’ll be a better dad at the end of this because I’ve been able to feel a little bit of what he feels.”

For what Crozier refers to as “these deeply personal reasons” he is using his Fifty for Father journey as a fundraiser for the Juvenile Diabetes Research Foundation (JDRF). Crozier hopes to raise $50,000 for JDRF through his playing of 50 golf courses in 50 states in 50 days. After Day 44 Crozier had raised a little less than $41,000.

“It’s a way to combine my three memories of my dad – as a planner and a traveler and a golfer – and raise money for a cause that is very important to me and millions of other people, too,” Crozier said. “People just like me. People who have loved ones with diabetes, I know, first-hand, the struggle is real, and because I do, I empathize with families who are wrestling with the disease, both physically and emotionally.”

Finishing at Green Hill, where the man who is a major part of the inspiration to do this learned how to play what some refer to as the game of kings will bring Crozier’s quest full circle.

“It will be an emotional day. My brother is flying out to be with me, my son will be there with my wife (Sarah) and youngest daughter (Tess),” said Crozier, whose daughters Maggie and Sam have also spent time on this journey with him. “I hope my dad is proud of me and that I have done something good because he was a tireless volunteer. I hope I’m walking in his footsteps that way.”