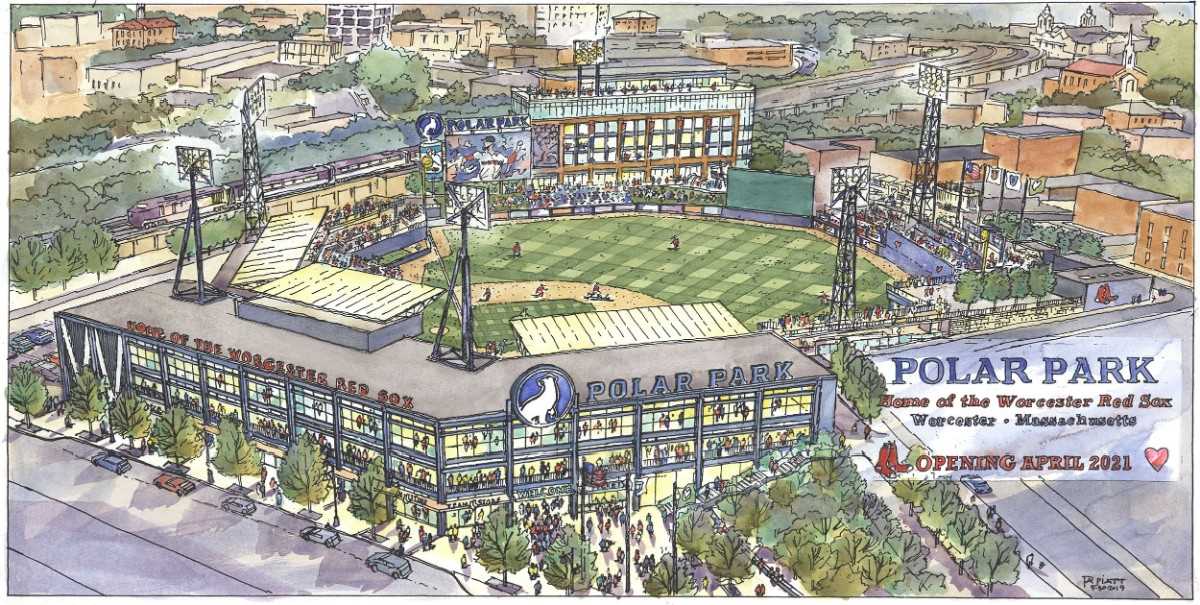 WORCESTER – On Thursday afternoon, the City of Worcester broke ground on the future home of the Worcester Red Sox — an historic milestone years in the making.

City officials and local government members, along with state and federal officials, executives from the Worcester Red Sox, Gilbane-Hunt, D’Agostino Izzo Quirk Associates (DAIQ), Skanska USA Building Inc. as well as Canal District and Green Island community leaders, and fans gathered at the parking lot at the intersection of Plymouth and Washington streets, near the future Left Field Foul Pole, to shovel the first dirt on a site that will host the Triple-A affiliate of the Boston Red Sox in 2021.

“Today is the day that our city once again will put its thumbprint on our nation’s past time. Our city will insert itself into the history of the Red Sox, one of the most storied baseball franchises, and into the lexicon of the most American game; not a Red Sox game will go by without a radio or television commentator mentioning the City of Worcester,” said Mayor Joseph M. Petty. “Make no mistake: history is being made today because history will be made on this field.” 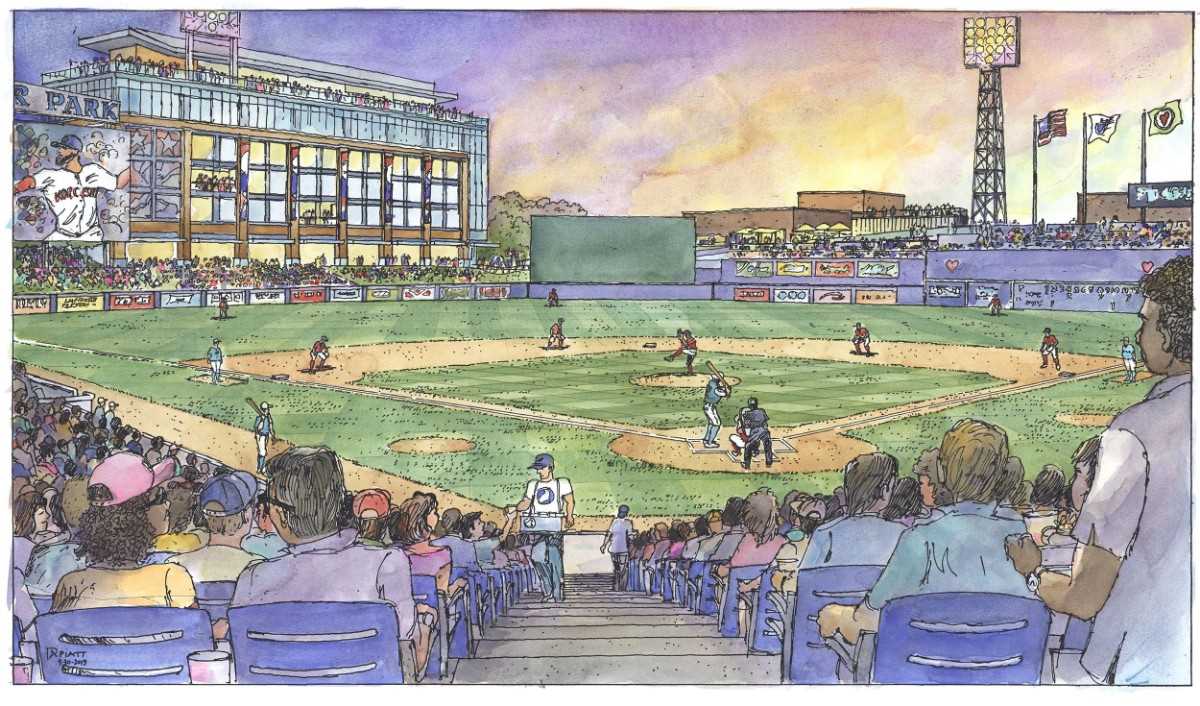 Polar Park will have a capacity of 10,000 and is designed for year-round use in the city’s Canal District.

The project comprises approximately 18 acres that includes private development by Madison Properties on the former site of the Wyman-Gordon Company near Kelley Square. The development will include 250 market-rate apartments, two hotels totaling 250 rooms, an iconic 96,000 square-foot office building beyond left field, 65,000 square-feet of retail and restaurant space and a new 500+ space parking garage.

As part of the project, the Commonwealth of Massachusetts will commit $35 million over the next 2-3 years which consists of support for new market-rate housing through the Housing Development Incentive Program and MassWorks funding for the construction of the parking garage and other infrastructure and public realm improvements in an effort to support investments being made in the Canal District. MassDOT is also working with the City to redesign and reconstruct Kelley Square for the benefit of all Worcester residents.

“Our administration is pleased to make important infrastructure investments that will continue to support job growth and economic development in Worcester, including housing and transportation priorities in the Canal District,” said Governor Charlie Baker.“The Worcester Red Sox and Polar Park are important components of this future growth, and our administration is proud to work with public and private partners to promote expanded economic opportunity in the Commonwealth’s second-largest city.”

The project also calls for infrastructure improvements to streets, sidewalks and lighting fixtures as well as dynamic spaces such as parks and the inclusion of public art. Overall, the project is estimated to create hundreds of full-time and part-time jobs both in construction and non-construction positions.

“This Polar Park ground-breaking ceremony is a major milestone in our journey,” said Boston Red Sox Hall of Famer Larry Lucchino, Principal Owner and Chairman of the Pawtucket Red Sox.  “Working collaboratively with representatives of the City of Worcester and the Commonwealth of Massachusetts, together with a first-class design team, we are well underway in creating a community ballpark that serves a broad region, and that looks and feels and tastes and smells like this proud city, the second-largest in all of New England.

“More than 800 suggestions have come from nearly 20 ‘Fan Planning Sessions,’ with more to come.  Many of those ideas have already been incorporated into the design.  The public participation has been a rewarding part of the planning process.”

In addition to an exceptional fan experience, the family-friendly ballpark will feature innovations and amenities that appeal to all ages and demographics. The area surrounding the ballpark will serve as an attraction, as well as an engaging accessible new neighbor in the Canal District.

Thousands of Worcester Teachers Rally to Welcome in School Year