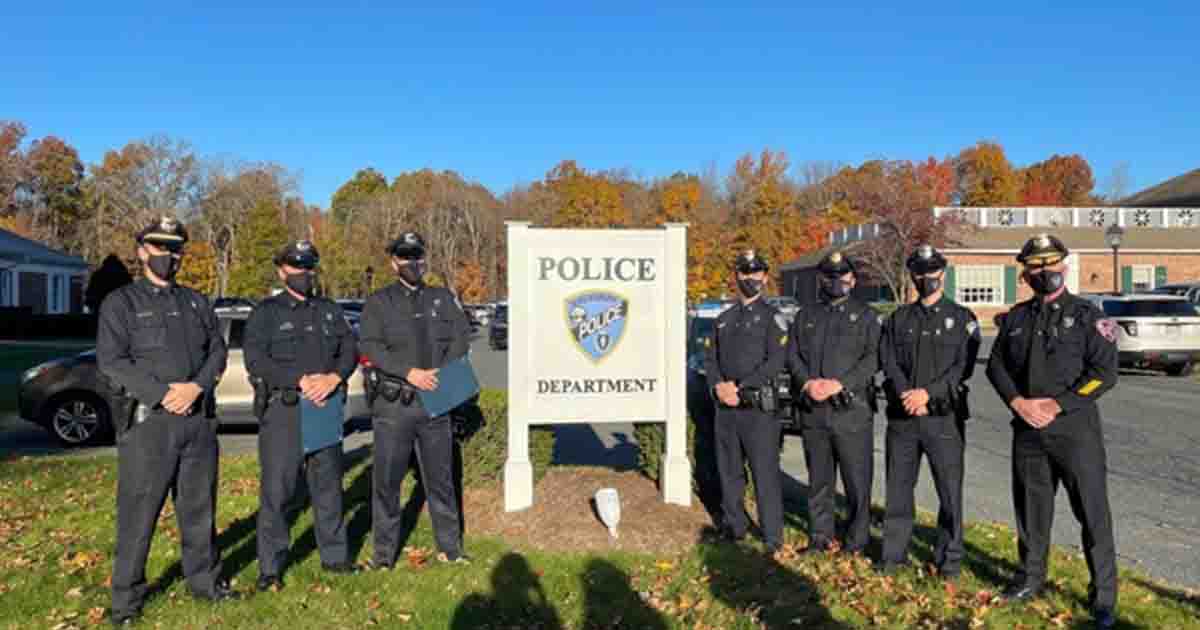 SHREWSBURY - Police Chief Kevin Anderson announced on Wednesday, November 3, that he issued Letters of Commendation to Officer Shawn Valliere and Detective Matthew Caola for life saving measures they and other first responders took to save a life in September.

On Wednesday, September 22, Valliere and Caola responded to a report of a one-year-old girl who was not breathing. Both initiated life-saving measures, including CPR and rescue breathing. Working together with Shrewsbury Firefighters and Worcester EMS to revive the girl, who was transported to the hospital and survived.