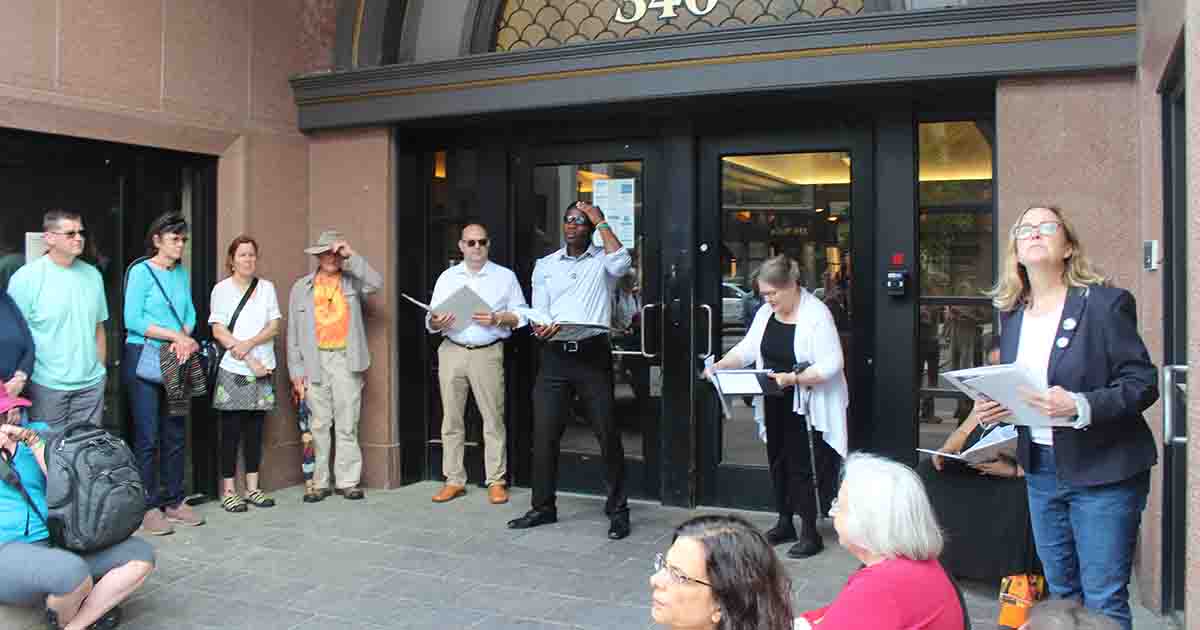 WORCESTER - A large group of local residents met a Lincoln Plaza to attend a historic walking tour on Sunday where local guides showcased many of the city's lesser known historical places on the last day of the Worcester Tercentennial Celebration.

Participants learned about local events in Worcester that changed local and national history.

The Walking Tour of Worcester's Peace History was organized by the Center for Nonviolent Solutions,  a group that had previously held tours last October around the city. The tours for the Tercentennial are part of a program funded by the Worcester Action Council, a local affiliate of the Mass Cultural Council.

The tour on Sunday was the first of six scheduled tours to celebrate Worcester's 300th anniversary. Two more tours will be held later this month on Saturday, June 25 at 10 AM. and Sunday, June 26 at 3 PM. After a summer break, the center plans to resume tours in the fall.

The eight-stop tour started at the marker in Lincoln Square identifying the city's origins as a settlement and concluded at City Hall Plaza. The eight events presented on the tour were: Local actors Michael Daniels, Tina E. Gaffney, Charles Grigaitis and Ellen O'Neall-Waite read for the tour and acted out the parts of the historic figures being mentioned.