This Week in Boston Sports: Bruins and Celtics Playoffs, NFL Draft and More 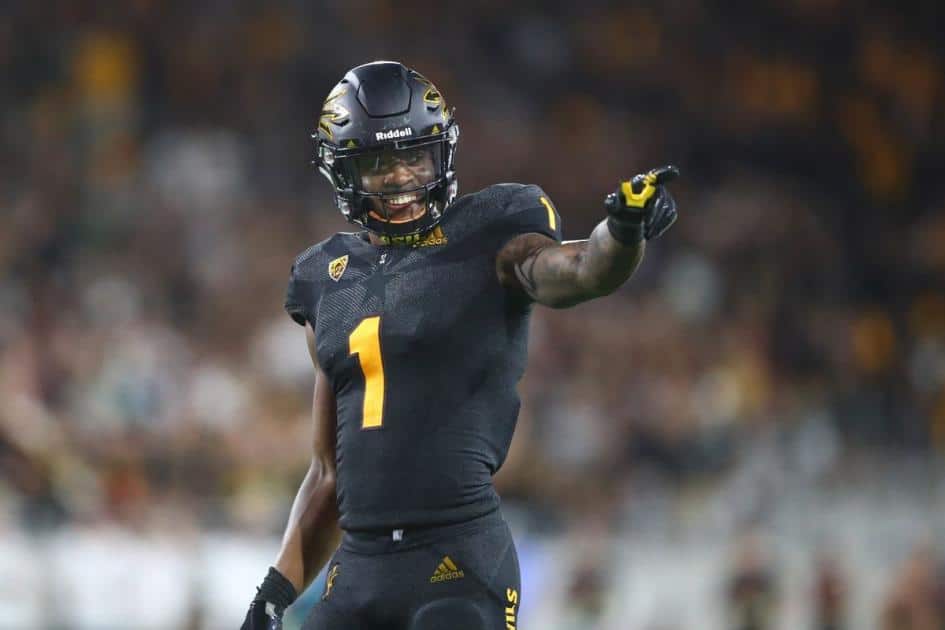 Over the past week, both the Bruins and Celtics started the second round of their respective playoff runs, while the Patriots had a very successful NFL Draft. The Red Sox are still playing sub-.500 baseball, but there were certainly more positives than negatives in Boston sports this week.

The Bruins advanced to the second round of the Stanley Cup Playoffs due to an unbelievable 5-1 win in Game 7 against the Maple Leafs on Tuesday. The final score score does not reflect how close the game really was because the Bruins scored two late empty net goals.

Tuukka Rask played an unbelievable game, making 32 saves and denying the Maple Leafs numerous attempts to get back in the game in the final period.

Joakim Nordstrom and Marcus Johansson each scored for the Bruins in the first period to take a 2-0 lead, but Toronto came back with one of their own in the second from John Tavares to make it 2-1.

The game would stay at that score for almost 20 minutes of game time due to great play by the defense and goaltenders. Then, Sean Kuraly scored at the beginning of the third period to give Boston some breathing room, and the Maple Leafs were never able to get another puck past Rask. Charlie Coyle and Patrice Bergeron scored empty net goals late to send the Bruins into the next round.

It was the second consecutive season in which the Bruins beat the Maple Leafs in seven games in the first round of the playoffs.

As a result, the Bruins moved on to face the Columbus Blue Jackets, who made history by sweeping the Tampa Bay Lightning in the first round. The Lightning were the Presidents’ Trophy winner with the NHL’s best record, but they failed to record a win in the playoffs, which had never happened before.

The Columbus-Boston series has gotten off to an incredible start. They split the first two games. The Bruins won 3-2 in overtime in Game 1 on Thursday, and the Blue Jackets answered right back with a 3-2 win of their own on Saturday in double overtime.

Coyle had a huge game in Game 1, as he scored both the game-tying and game-winning goals. In Game 2, it was an all-out battle of the goaltenders in the third period and the first overtime, as both Rask and Sergei Bobrovsky refused to let anything past them. Finally though, Matt Duchene scored a power-play goal in the second overtime to tie the series at one.

The series moves to Columbus now, where they will face off for Game 3 on Tuesday night. If the rest of the series is even half as good as the first two games, it’s going to be a lot of fun to watch.

The Celtics had most of the week off due to taking care of the Pacers in four games in the first round. They had a full week to rest before taking on the Milwaukee Bucks, who also swept their first round opponent, the Detroit Pistons.

The Bucks were the top seed in the East and held the NBA’s best record in the regular season, but in Game 1 on Sunday, it was the Celtics who looked like the best team. The Celtics won by a very convincing score of 112-90 and seemed to be the better team on the court all game.

Boston jumped out to a first-quarter lead, but Milwaukee battled back in the second to enter halftime down by just two. The Bucks even took a lead early in the third, but the Celtics followed that up with a 12-0 run, and they never looked back. They went on runs for the rest of the game, and the Bucks were left in the dust.

Kyrie Irving led the team with 26 points and 11 assists, but it was Al Horford who was the best player on the floor. He scored 20 points and grabbed 11 rebounds, but more importantly, he was able to help hold MVP candidate Giannis Antetokounmpo in check. The Celtics as a team double and even triple teamed Giannis very effectively, but Horford did a great job guarding him 1-on-1 when needed, blocking multiple shots. Giannis finished with 22 points, but almost half of those came after the game was out of reach.

Jaylen Brown played a great game as well with 19 points, and Gordon Hayward and Terry Rozier each made valuable contributions off the bench.

Game 2 is Tuesday in Milwaukee and the Celtics will look to carry the momentum from this dominant Game 1 victory in order to go back to Boston up 2-0 in the series.

In off the court news, Celtics legend John Havlicek died on Thursday at the age of 79. He is the Celtics franchise leader in points and games played, and he is considered to be one of the greatest players in NBA history. He won eight titles in his 16 seasons with the team and was named an all-star 13 times. The Celtics will wear a patch with his number 17 on it for the rest of the postseason to honor his legacy.

The Patriots didn’t play any games this week, but they were considered by many to be one of the winners of the 2019 NFL Draft, which took place in Nashville this week. Overall, the Patriots took 10 players, and a good majority of them will likely be able to help the team sooner rather than later.

Here is who they picked:

The best player is definitely Harry, who helps fill a major need for the team at wide receiver. He should be able to make a pretty big impact next season. Other interesting picks are Winovich, who was a steal for the third round and was one of the best all-around edge rushers in the draft, Stidham, who could Tom Brady’s successor if he ever decides to retire, and Harris, who adds even more depth to an already solid running back corps.

Several sources, including USA Today, gave the Patriots a draft grade of A, which is a great sign for a team looking to bring another Lombardi Trophy home to Foxboro next season.

The Red Sox were not able to use their sweep of the Tampa Bay Rays last weekend to springboard them into a winning streak. They went 2-4 in their games this week to fall back to 11-17, which is the third-worst record in the American League.

However, that offense didn’t carry over to the weekend series with the Rays. After the first game was postponed on Friday night, the Red Sox managed to score just three runs total in the remaining two games, losing both by scores of 2-1 and 5-2. Despite decent pitching lines from David Price and Chris Sale, both picked up losses this weekend. The only sparks from the Red Sox on offense in the series came on home runs by Chavis and Mookie Betts.

Next, the Red Sox will host the Oakland A’s for three games before traveling to Chicago to take on the White Sox later in the week. With the calendar switching to May, the team will try to heat up with the weather.