This Week in Boston Sports: Bruins and Red Sox on Fire, Celtics Eliminated 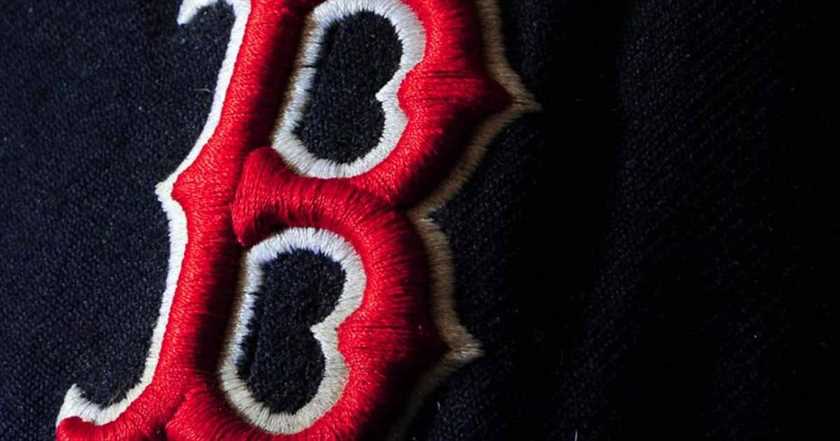 The past week in Boston sports provided some big headlines. The Bruins are now up 2-0 in the conference finals over the Carolina Hurricanes, the Red Sox have won five games in a row, and the Celtics were eliminated in the second round by the Milwaukee Bucks in five games.

No team is hotter than the Bruins right now. Since going down 2-1 in the second-round series against the Columbus Blue Jackets, the Bruins have not lost, winning five straight games. They won their next three against the Blue Jackets to win the series four games to two, and they carried that momentum into the Eastern Conference finals against Carolina, in which they have dominated the first two games, outscoring the Hurricanes 11-4.

In a must-win Game 4 of the series with Columbus, the Bruins won 4-1, but the real turning point came in Game 5. After Boston blew multiple two-goal leads, the Bruins and the Blue Jackets were tied at three with the game winding down. Columbus had all the momentum after scoring two goals in under two minutes to tie the game, and it looked like the game was going to overtime.

However, the Bruins had other ideas. David Pastrnak scored his second goal of the night with 1:28 remaining in the game to give the Bruins the win and the lead in the series. Tuukka Rask made some great saves to secure the victory.

Speaking of Rask, the veteran goaltender played one of the best games of his career in Game 6 on Monday night. He made 39 saves and recorded his first shutout of the playoffs in Boston's 3-0 victory to advance to their first Eastern Conference Final since 2013. David Krejci, Marcus Johansson and David Backes tallied the goals for the Bruins in the win.

With the series win over Columbus, the Bruins moved on to face the Carolina Hurricanes, who swept the New York Islanders in the second round. In Game 1 on Thursday, the Bruins were outplayed through the first two periods, but some outstanding saves by Rask allowed them to go into the third period down by just one.

Then, Johansson and Patrice Bergeron each scored power play goals 28 seconds apart to take the lead 3-2. They would never look back, and Charlie Coyle and Chris Wagner each scored late goals to give the Bruins the 5-2 win. Steven Kampfer played in place of the suspended Charlie McAvoy and scored his first career playoff goal in the first period.

The Bruins came out and absolutely dominated on Sunday in Game 2. They scored six goals before Carolina even got on the board. Matt Grzelcyk scored two goals and Jake DeBrusk, Connor Clifton, Danton Heinen and Backes scored the other four. Torey Krug led the team with three assists in the blowout victory. Carolina scored two goals in the third, but it was far too late and Boston cruised to a 6-2 win.

Now the series will move to Carolina for Games 3 and 4 on Tuesday and Thursday. The Bruins have put themselves in a great position to advance to their first Stanley Cup Final since 2013.

Remember when the Red Sox had one of the worst records in the American League? It seems like forever ago because of how different the team looks now. They have won 11 of their past 13 games to move over .500 for the first time this season. They now hold a record of 22-19, good for third place in the AL East, and they only trail the Tampa Bay Rays by three games and the New York Yankees by 2.5 in the standings.

On April 28, the Red Sox sat six games below .500 at 11-17. Since then, they swept the Oakland A's, took three out of four from the Chicago White Sox, won two out of three against the Baltimore Orioles, and swept the Seattle Mariners in dominating fashion.

No team wants to play the Red Sox right now, especially after the weekend they just had against the Mariners. They won all three games by a combined score of 34-8.

If you are looking for explanations as to how the Red Sox have turned it around, you won't find just one. Everything that was going wrong for them at the beginning of the season is going right now. The offense is firing from top to bottom, with almost everyone swinging a hot bat lately, none more so than Rafael Devers. Devers is batting .418 with 14 RBIs in this 11-2 stretch.

Another big boost has been Michael Chavis, who was called up in mid-April and has really solidified the second base position. He is batting .282 with six home runs and 19 RBIs since being called up, and the team has gone 14-6 since he made his debut.

The biggest problem at the beginning of the season was starting pitching, and that has infinitely improved. Chris Sale finally is starting to pitch like Chris Sale again. He threw eight innings of one-run ball with 14 strikeouts on Wednesday against the Orioles for his best start of the season to this point. Eduardo Rodriguez followed that up with seven shutout innings on Friday against the Mariners. Rick Porcello got off to a rough start on Saturday, but he settled down and ended up throwing 6.2 innings with no hits allowed after the four-run first.

These three guys who struggled immensely to start the season have now been the key reasons why the Red Sox have turned things around. Between the offense hanging crooked numbers on teams like they did this weekend against Seattle, the starting rotation performing the way it has over its last two turns, and some great defense like the game-saving catch that Jackie Bradley Jr. made in Wednesday's extra-innings win, everything seems to be clicking for the Red Sox at the right time.

Next they host the Colorado Rockies for a two-game series before the Houston Astros, who have the best record in the AL, come to town this weekend.

Things have not been as good for the Celtics this week as the two aforementioned Boston sports franchises. They were eliminated and frankly embarrassed by the Bucks in the second round of the NBA Playoffs. After what seemed like a convincing win in Game 1, the Celtics proceeded to lose four straight games, including three by double digits.

The Celtics looked lost trying to contain Giannis Antetokounmpo and Khris Middleton, who both went off for huge series. On the offensive side, Kyrie Irving was horrible, shooting around 30 percent for the whole series after Game 1 and nobody was able to step up to help him out.

For the most part, the Celtics kept the games close in the first half but were dominated in the second half and especially the third quarter. Boston was outplayed in every sense of the word in the final four games of the series.

The horrendous play from the Celtics after Game 1 culminated in a disgraceful 116-91 loss on Wednesday in which they seemed to give up halfway through the game. The Bucks won the series 4-1 and will be playing the Toronto Raptors in the Eastern Conference Finals.

That ended a very up-and-down season for the Celtics in which they fell significantly short of expectations. Now, all eyes will turn to the draft and free agency. The Celtics currently have three first round picks, and they could have four depending on how the draft lottery plays out.

Kyrie Irving is set to become a free agent and it is more unclear than ever whether or not he plans to re-sign. Al Horford could also opt out and become a free agent if he chooses to do so. There is also a strong possibility that the Celtics could make some moves on the trading block, possibly for Anthony Davis.

There's a lot of uncertainty going into next season, but one thing is for sure: there will be changes this offseason.

The Patriots have not made a ton of noise since the draft, but they have made some minor moves. First of all, they signed veteran tight end Benjamin Watson to a one-year deal worth $3 million. Watson was drafted by the Patriots in the first round of the 2004 draft. He spent six seasons in New England before spending time with the Cleveland Browns, New Orleans Saints and Baltimore Ravens.

He announced his retirement earlier in the offseason, but decided to come back to his original team. Given the hole at tight end with the retirement of Rob Gronkowski, Watson should definitely be able to compete for playing time next season.

Also, the Patriots released wide receiver Bruce Ellington, who they signed earlier in the offseason. They replaced him by signing veteran Dontrelle Inman, who has played five seasons in the NFL for the Los Angeles Chargers, Chicago Bears and Indianapolis Colts. Inman is a tall, outside receiver who could be an effective weapon next season.

The Patriots also signed 31-year-old offensive tackle Jared Veldheer. He has been in the league since 2010 and has played with the Oakland Raiders, Arizona Cardinals and Denver Broncos. Veldheer has played in 118 games, and he provides experience and depth on the offensive line.

Finally, the Patriots announced this week that Rodney Harrison was voted as the Patriots Hall of Fame inductee for 2019. Harrison played the final six years of his career in New England, where he helped the team win two Super Bowls and was a leader on and off the field. The All-Pro safety tallied eight interceptions, nine sacks, seven forced fumbles and over 400 tackles during his time with the Patriots.