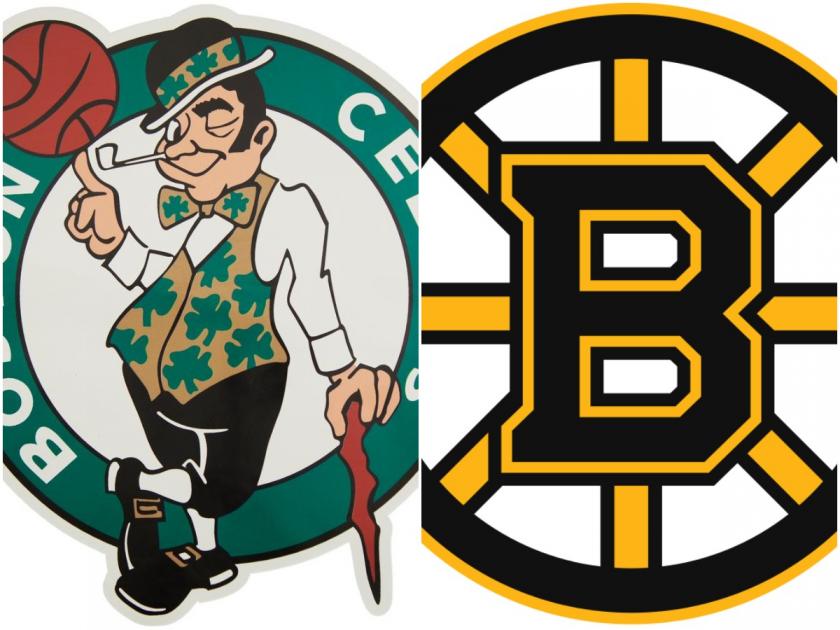 This past week saw a lot of good things for Boston sports fans. The Celtics swept their way into Eastern Conference Semifinals while the Red Sox picked up a much needed sweep of their own against one of the top teams in the American League. Let’s take a look at what happened for all the Boston teams in the past week.

The Celtics had a perfect week, as they swept the Indiana Pacers in the first round of the NBA Playoffs to become the first team to punch their ticket to the second round. None of the games were blowouts, but the Celtics found a way to come out on top every time.

After their defensive-led win in Game 1, the Celtics staged a big fourth-quarter comeback in Game 2 to win 99-91. Kyrie Irving went off for 37 points and seven assists while Jayson Tatum added 26 points of his own. Down 79-68 heading into the fourth, Boston outscored Indiana 31-12 in the final quarter, including a 16-0 run, in order to secure the win.

The late rally for the Celtics must have carried over to the start of Game 3, where they scored 41 points in the first quarter. Jaylen Brown had a near-perfect night, shooting 8-for-9 from the floor for 23 points to help the Celtics win 104-96. Irving recorded a double-double with 19 points and 10 assists.

The Pacers continued to struggle on offense in spurts, and they allowed Boston to go on multiple runs in the third quarter to put the game away.

In Game 4 on Sunday, it was Gordon Hayward who led the way with 20 points in the 110-106 win to complete the sweep. Tatum and Marcus Morris added 18 points each. This was the first time that the Celtics swept a postseason series since 2011.

Even though it was a 4-0 series sweep, Boston didn’t really dominate in any of the games. They just played well when it mattered most and were able to come out victorious every time. Hayward called it a “scrappy series” in a postgame interview with ESPN.

The Celtics will most likely be playing the top seeded Milwaukee Bucks in the conference semifinals. The Bucks are currently up 3-0 over the Detroit Pistons. The Bucks will be a much tougher task then the Pacers, so the Celtics will have to be on top of their game when that series starts next weekend.

The Bruins are trying to move on to the second round of the playoffs like the Celtics, but it hasn’t been as easy for them. The series with the Toronto Maple Leafs is currently tied 3-3.

After the first two games in Boston were split, the series moved to Toronto and the games there were split too. In Game 3, the Maple Leafs won a tight game 3-2. Strangely, all five goals in this game were scored in the second period. David Krejci and Charlie Coyle each scored for the Bruins, but it was Andreas Johnsson’s goal for the Maple Leafs that was the difference.

The Bruins came back in a big way in Game 4 though, as they had a great offensive showing in the 6-4 win. David Pastrnak scored twice, and Brad Marchand put up a goal and two assists. Even captain Zdeno Chara got in on the action with his first goal of the playoffs.

The Bruins were up 5-2 in the third before the Maple Leafs scored two straight to make it 5-4. Boston stamped out the last-chance effort and scored an empty netter to seal the win.

Game 5 was the polar opposite of Game 4. It was an all-out defensive battle. There was no score until midway through the third period when Auston Matthews put the Maple Leafs on the board. They would net one more goal, and the Bruins didn’t score until Krejci got them on the board with under minute to play. It was too late though, and Toronto won 2-1 to take a 3-2 series lead.

The Bruins were facing elimination in Game 6 on Sunday, and they got down 1-0 early. But back-to-back power play goals by Marchand and Torey Krug put them right back on top. Jake DeBrusk also scored on a great pass by Krejci in the second period, but the Leafs didn’t go away. They cut the lead to one on another goal by Matthews, but they never scored again. Marchand scored an empty netter to secure the 4-2 win.

That means we are set up for the two best words in all of sports: Game 7, which will take place in Boston on Tuesday night. It’s win or go home for both teams, and it’s sure to be a must-watch game.

There is finally good news to report for the Red Sox. They finally won a series, but that’s putting it lightly. They not only won a series, they swept The Tampa Bay Rays, who had the best record in the American League coming into the weekend.

After being swept by the Yankees in a two game series in New York, the Red Sox sat at 6-13 with the worst record in the AL on Thursday. They lost one in blowout fashion 8-0 and the other 5-3 after the bullpen blew a 3-1 lead.

Things weren’t looking good at all for the Red Sox going down to Tampa, but they came out and performed like a completely different team than we have seen this season.

On Friday night they were engaged in a back-and-forth battle. The Rays jumped out to a 2-0 lead, but the Red Sox came back and scored four straight runs, highlighted by a two-run homer by Christian Vazquez. Then, the Rays tied it up at four in the sixth on a double. In the top of the eighth inning, Mookie Betts and Mitch Moreland hit back-to-back home runs to give the Red Sox a 6-4 lead that would end up being the final score.

On Saturday, it was Andrew Benintendi who was the hero. His first career grand slam led the Red Sox to a five-run second inning, but they wouldn’t score again until the ninth and by that point, the Rays had tied the game at five. Benintendi drove in the game-winning run with a sacrifice fly to give the Red Sox a 6-5 victory.

It took extra innings for the Red Sox to get the sweep on Sunday. They won 4-3 in 11 innings, and this time it was Vazquez who drove in the game-winning run with a sacrifice fly.

There were a lot of positives this weekend in a Red Sox season that hasn’t had many of them to this point. Both Rick Porcello and David Price gave great performances in their starts, which is especially good to see because starting pitching has been the core of the problems this year.

Boston now sits in fourth place in the AL East at 9-13. Next, the Sox will return to Fenway where they will open up a long homestead against the Detroit Tigers on Monday.

In off the field news, the Red Sox made the controversial decision to designate catcher Blake Swihart for assignment this week. They ended up trading him the Arizona Diamondbacks for minor league outfielder Marcus Wilson on Friday. They recalled Sandy Leon from triple-A to replace Swihart as the second catcher.

The Red Sox also called up 2014 first-round pick Michael Chavis, and he got his first career hit (a pinch-hit double in the ninth inning) in his Major League debut on Saturday.

The Patriots were pretty quiet last week, as they were most likely preparing for this week’s NFL Draft. They did however make one notable transaction when they signed former Denver Broncos star receiver Demaryius Thomas to a one-year deal worth up to $6 million.

Thomas suffered a torn achilles in December of last year while playing for the Houston Texans and it is not clear if he will be ready for training camp. However, in his prime Thomas was one of the best wide receivers in football. He achieved five consecutive 1,000-yard seasons from 2012 to 2016 and was named an All-Pro twice. If he is even a shadow of his former self, he could be a great asset to this Patriots receiving corps which is pretty thin.

The Patriots also found out their schedule for the 2019 season this week. The schedule includes five prime time games and a couple of Super Bowl rematches. They play both the Philadelphia Eagles and the New York Giants, who are the only two teams to beat Tom Brady in the Super Bowl. They also have a rematch of last year’s AFC Championship game with the Kansas City Chiefs on December 8th, which at the moment looks to be the matchup of the year for them.