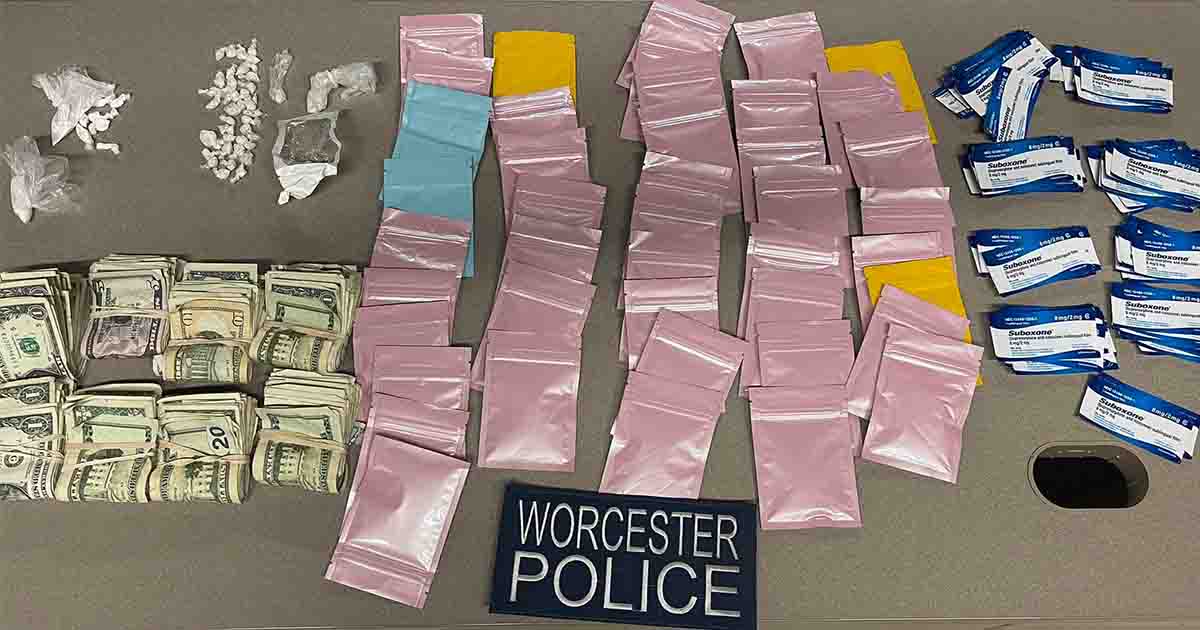 An officer part of the Neighborhood Response Team observed Jose Santiago, 44, of Worcester, enter a Ford Focus on Main Street at around 4:15 PM. The officer knew of an active warrant for Santiago's arrest.

The officer asked for additional officer support and followed the vehicle. When the driver made an illegal turn onto Maple Street, a traffic stop was initiated.

Officers approached the vehicle and saw Tiffany Lavallee, 36, of Worcester, in the back seat of he vehicle. A warrant for Lavallee's arrest was also active.

After asking Lavallee to step out of the vehicle, officers removed her from it when she would not comply. Officers discovered a handgun in her bag that was reported stolen. Lavallee does not have a license to carry a firearm.

There was an active warrant for a third person in the vehicle, Benjamin Mangham, 44, of Mattapan.

The driver of the vehicle, Walter McCormick, 57, of Worcester, had a suspended driver's license.

Lavallee faces charges related to the warrant and new charges of: