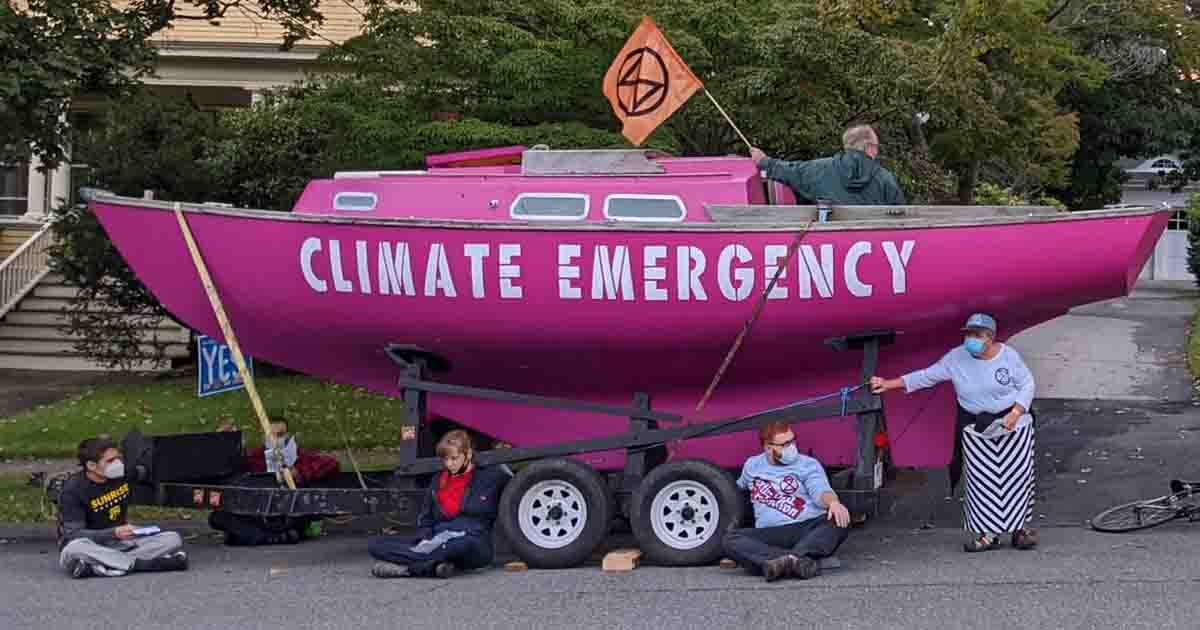 Massachusetts State Police arrested eight individuals in Swampscott on Tuesday, September 28, while blocking a public roadway and chaining themselves to a large, pink boat with the words “climate emergency” painted on it which they brought to the front of Governor Charlie Baker’s home.

After refusing to unchain themselves from the boat, Troopers trained in civil disturbance response cut the devices holding the protestors to the boat.

State Police arrested the eight demonstrators, who face charges of disorderly conduct and trespassing. They are:

Happening now! The pink boat has landed at Governor Baker's house, just above sea level (for now). Rebels have locked on. We demand climate justice and a declaration of climate and ecological emergency. The time to act is now. #ActNow #ClimateEmergency #ClimateJustice pic.twitter.com/s0mQJd3o8K

Extinction Rebellion [XR] describes itself as "a decentralised, international and politically non-partisan movement using non-violent direct action and civil disobedience to persuade governments to act justly on the Climate and Ecological Emergency." It says it has 1,194 local groups in 84 countries.

A press release by Extinction Rebellion Massachusetts detailed why the group chose to target Baker and its demands within Massachusetts.

The group says that Baker’s administration approved Eversource’s electrical substation to be built in an area at risk of flooding and near a playground in East Boston.

The group cites acting Mayor of Boston Kim Janey’s statement in May, which called for “Eversource to justify or cancel” the substation and that it is “based on flawed projections and flawed priorities.”

XR Massachusetts also says the public hearing on the substation “failed to provide adequate translation for the Spanish-speaking community.” Janey’s statement says that “ 64 percent of community members are people of color and 54 percent of the community are immigrants.”

He is pressing ahead with an electrical substation in East Boston, planned for a flood-prone location on Chelsea Creek, next to huge tanks of jet fuel as well as a busy sports field, again over strong community opposition. https://t.co/qA3G3LeZwf pic.twitter.com/gkMJTkiakM

The group says that “land is often taken from Indigenous communities across the state without consent of Indigenous people who live and rely on it.” The group cites a 2016 report that says 75% of the world’s remaining biodiversity remains in Indigenous territories,” and calls forced development of Indigenous lands “an egregious example of environmental racism.”

The group demands that Baker “sign the full Massachusetts Indigenous Legislative Agenda into law and commit to statewide reparations for Black residents.”

The group cites the natural gas compressor station in Weymouth, originally proposed in 2015 and opposed by local residents.

The group demands the shut down of Weymouth facility.

He allowed Weymouth Compressor Station to bypass any meaningful environmental or health review, over strong objections from the community. It regularly belches methane into the surrounding air, which is known to cause asthma and accelerate global heating. https://t.co/zVaLD2mUI1

The group says a new natural gas plant being constructed in Peabody continues without an environmental impact study and health assessment.

The group demands an environmental impact report and a Community Health Impact Assessment. 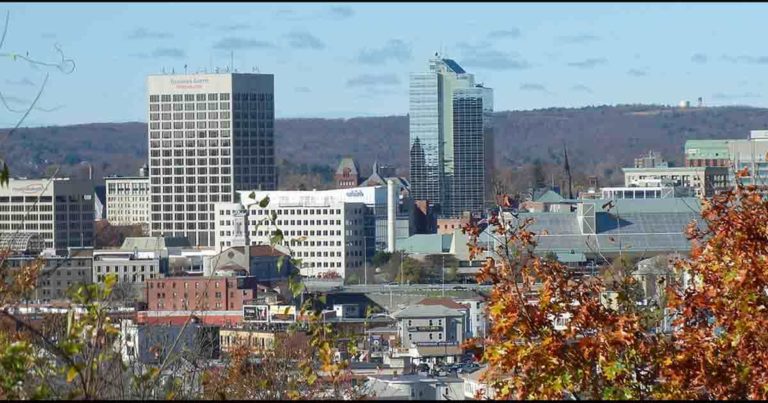 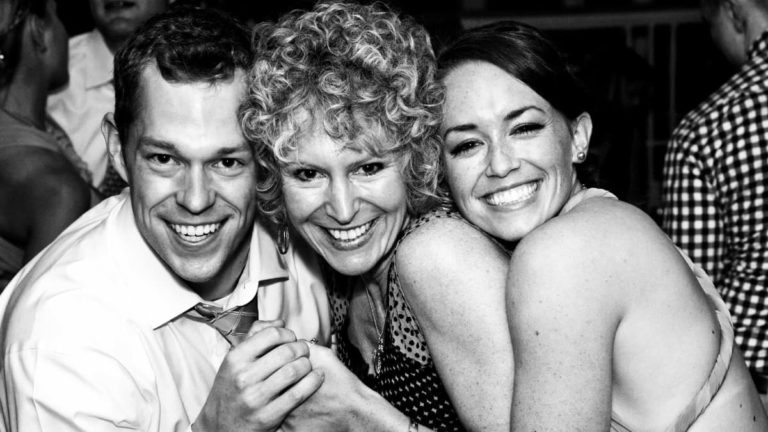 Family and friends are hosting the first annual "Rally 4 Nally" and are asking the community to come together to help lighten the financial burden. 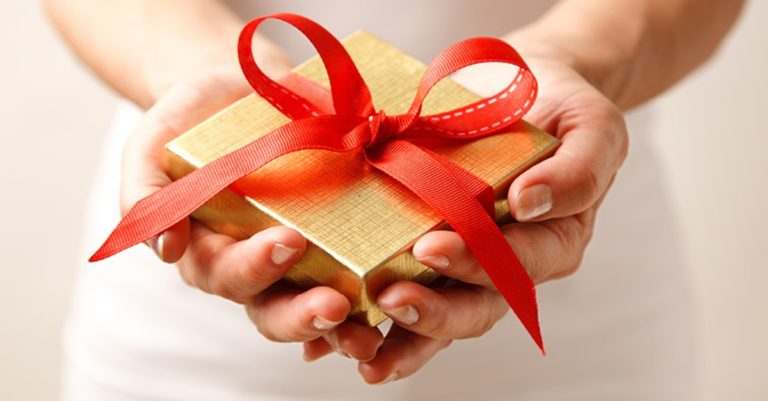 5 Things You Need To Know Today In Worcester - November 30

In today's 5 Things: guidance from the MA AG for Giving Tuesday, a grown-up book fair at Redemption Rock and more.
Top