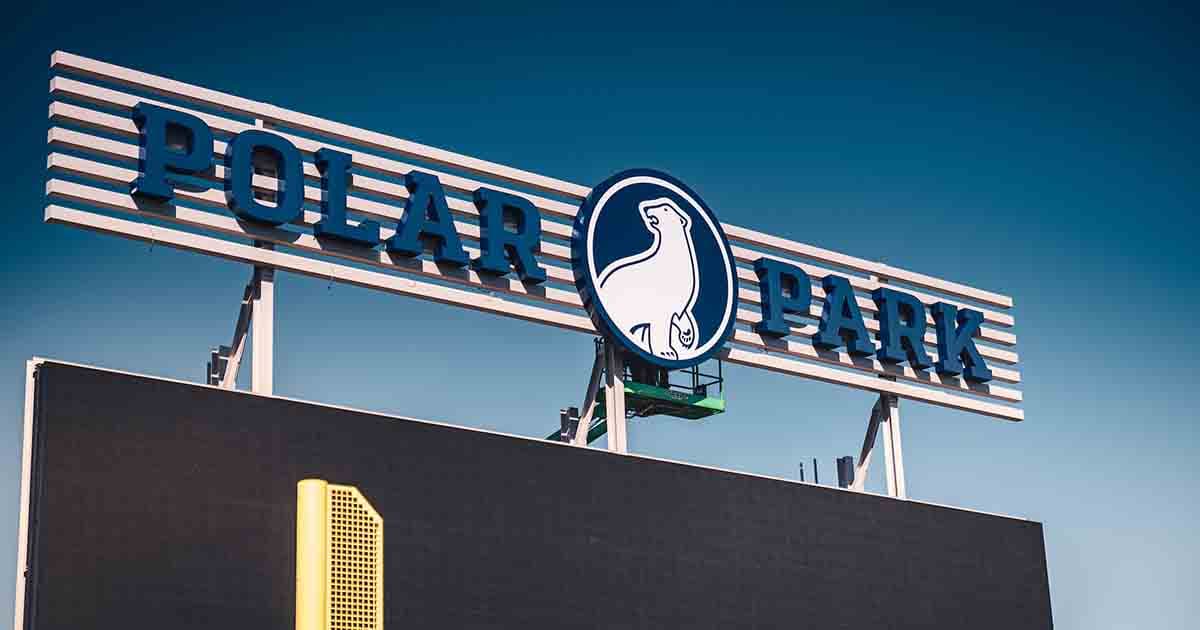 Based on calculations by the team, a sold-out Polar Park will not exhaust parking capacity in the area.

The release says that “24 lots and garages are within 10 minutes of Worcester’s Downtown Ballpark.” Those garages contain 7,302 parking spaces within a five to 10-minute walk to Polar Park.

Fourteen of those garages are owned by the City of Worcester.

The team says it expects 20% to use ride share services or public transportation to arrive at the park.

Without gathering restrictions, the capacity of Polar Park is 9,058. With 80% expected to drive, that leaves 7,608 fans arriving in vehicles that require parking.

Calculating an average of 3.2 individuals per vehicle, which the team calls the accepted standard, Polar Park at full capacity will require 2,377 parking spaces.

If half of the spaces are in use, capacity remains of over 3,500 spaces. The team estimates the ballpark patrons will require spaces for nearly 2,500 cars.

The calculations used by the Red Sox do not include the 350-space parking garage now under construction near Gate D of Polar Park, across Madison St. The team said it expects that garage to open in September.

The team also said the park will have special drop-off areas for fans with disabilities that provide some of the best access and shortest distances in American ballparks.

A street licensed golf cart with capacity for eight people will also roam the area and offer free rides to those walking to the park.

The Red Sox released a map that includes the 24 parks it says are within a five to 10-minute walk to Polar Park.

The map released by the team is below. Click the image to enlarge the map. 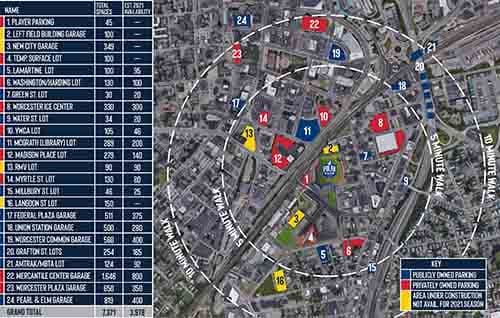 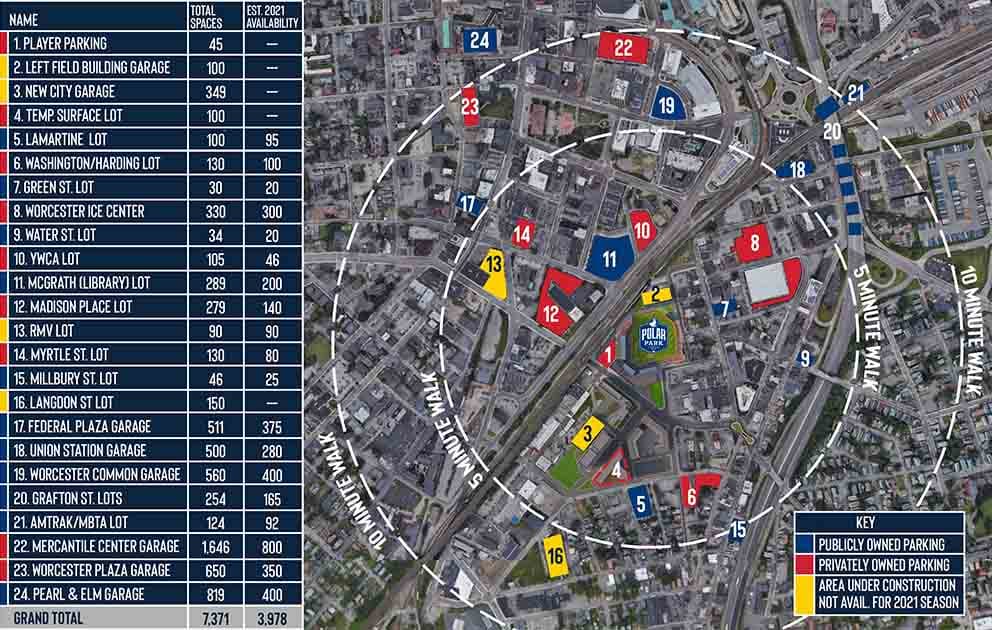 If the image is obscured, please scroll down.
Follow us on The016.com, the social network for Worcester and you! 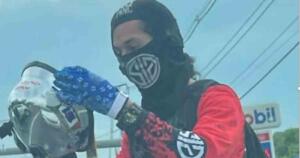 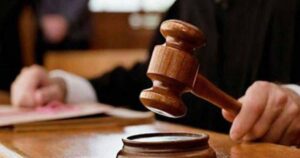 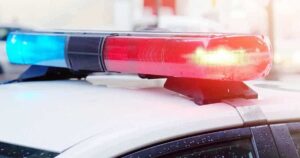 Police arrested a man after allegedly pointing a firearm at another man on Caterbury St. after a traffic crash.
1 2 3 … 1,854 Next »