The Ultimate Worcester-Area Second Half of Summer Outdoor Movie Guide 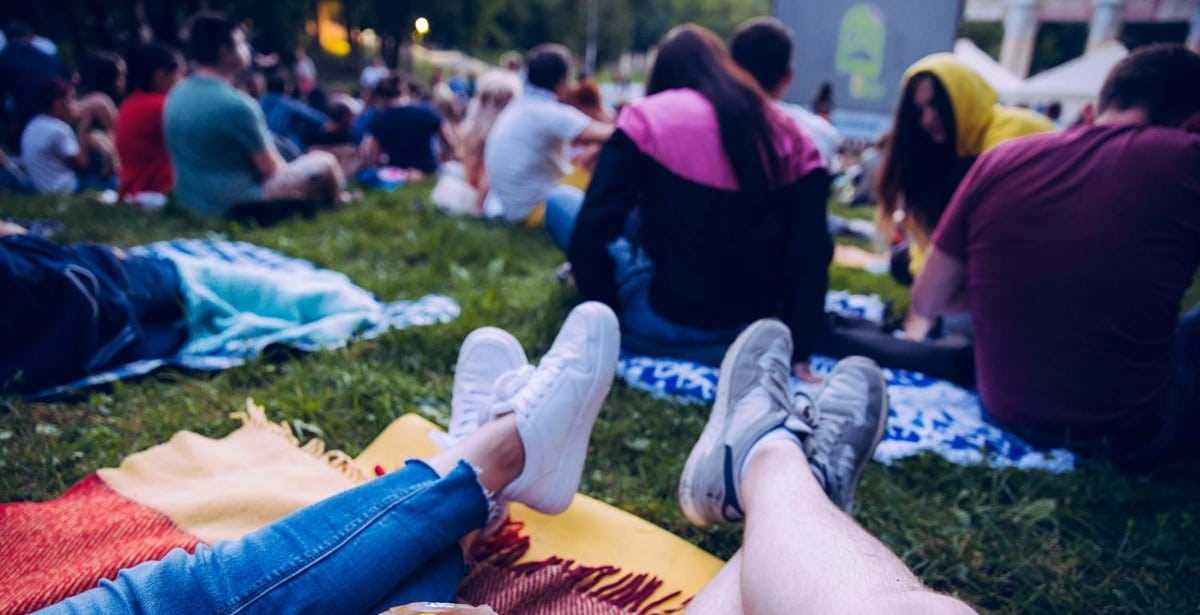 WORCESTER - Towns and cities across Central Massachusetts are holding movie nights outside and under the stars.

Outdoor movie showings with a projector and an inflatable screen are creating movie magic without the theater, and adding to the outside movie experience already created by drive-in theaters in the area.

ThisWeekinWorcester.com is bringing you the ultimate guide to catch blockbuster films, indie films, art films and children’s movies outdoors for the second half of the summer.

Movies on the Common kickstarted their summer series by showing the Pixar movie, Wreck-It Ralph.

The next showing is scheduled for July 18 and the beloved Steven Spielberg classic, E.T., will be playing. The third screening will be scheduled for August 22 for the movie How to Train Your Dragon: The Hidden World, which is the third movie in the animated trilogy.

The Common opens for seating on the green space at 6:30 PM and the event is expected to last until 10:30 PM. Participants are encouraged to bring blankets and chairs for the event.

The Museum encourages attendees to bring blankets to sit on the lawn. Tables and chairs are also available. Snacks and drinks will be available for purchase.

Tickets are $12 for WAM members and $16 for non-members [price includes admission for two for a return visit to the Museum during normal hours].

Movies and dates at WAM:

Enjoy a new flick in the park at the town of Auburn's Movie Night in the Park series.

This event is hosted throughout the summer at Pappas Park on Pakachoag Road.

Auburn's next event will take place on July 20 with the showing of the superhero Disney animated movies, The Incredibles 2. The town’s movie in the park series continues in August with a showing of Tim Burton's live action remake of Disney's Dumbo.

Both movies start at dusk and end at 8:15 PM and popcorn and water will be available to purchase. Movie goers should arrive prepared with their own seating and blankets.

The town of Boylston is offering an outdoor movie night that will rock you on August 21.

Cyprian Keyes Golf Club, which is located on 284 East Temple Street in Boylston, is premiering the popular movie, Bohemian Rhapsody. This movie follows the story of Freddie Mercury, the lead singer of the iconic rock band, Queen. This showing is scheduled at  8:15 PM and end at 10:30 PM.

Fridays are fun nights in Northborough. Northborough Crossing at 6102-9102 Shops Way is more than merely an outdoor shopping center. During select Friday nights, the center is converted into an outdoor movie theater with family friendly entertainment for their Movie Under the Stars event.

On Aug. 2, Cinema Under the Stars will be presenting the Disney movie, Coco. Festivities begin at 6 PM with Coco-themed activities.

In order to incorporate important parts of the movie in their events, face painting and live guitar music for the guests. Popcorn will also be available as a snack for the film. The movie is scheduled to begin at 8:00 PM.

Screen on the Green is back for Summer 2019!

On Friday, July 18, the Friends of the Westborough Public Library, Westborough Recreation and other sponsors will bring the early-90s classic Jurassic Park to the library lawn at 55 Main St.

The Screen on the Green schedule also includes:

Bring your friends and your lawn chairs or blankets and join us for movies under the stars. Ulman's Ice Cream and the BORO SugarShack will have sweet treats for sale, too!

Embrace the ageless entertainment at the drive-in. The towns of Mendon and Leicester have both opened their drive-ins for the season.

The Mendon Twin Drive-In is located on 35 Milford Street in Milford. The Mendon Twin Drive-In features two movies on each screen. Until July 11, screen one will be playing the Disney movies Toy Story 4 at 8:45 PM and Aladdin at 10:45 PM. Screen two will be playing Spider-man: Far from Home at 8:45 PM and Men in Black: International at 11:15 PM. The box office to purchase tickets opens at 6 PM every Friday and Saturday evening and 7 PM from Sunday through Thursday.

Each ticket is $28.00 per vehicle; however, the price is calculated for $5.00 per person for any vehicle carrying more than six people.

Leicester Triple Drive-In is celebrating their 52nd year of operation. The Leicester Triple Drive-in is at 1675 Main Street in Leicester and is open on the weekends and, like the Mendon Twin Drive-In, it will be featuring the movies Spider-Man: Far From Home (PG-13) and Men in Black: International (PG-13). Their box office opens at 6:30 PM with a price of $29.00 for each car. The first movie will begin at dusk.