In today's edition - Tuesday, November 15  - a Lunenburg police officer is honored for saving a man being attacked by a dog, Worcester Police vs. Worcester Fire hockey teams face off at the DCU Center on Saturday, tickets are on sale Saturday for Get the Led Out at Indian Ranch, Worcester Center for Crafts seeks volunteers for its holiday event and gas prices rise one cent this week in Massachusetts.

Worcester County District Attorney Joe Early Jr. recognized a Lunenburg police officer on Monday who saved a man being attacked by a dog over the summer.

Early presented Officer Gage Russell with the District Attorney’s Team Excellence and Merit – TEAM Award – for his efforts and actions during the Aug. 1 incident.

Comeau had serious wounds throughout his body, including on the face and neck. Comeau was flown to a Worcester hospital for treatment.

Worcester Police and Worcester Fire Hockey at the DCU Center

Message us a name of a friend, family or loved one for our game night tribute➡️#AllAboutTheW | #RailersHC | #Worcester pic.twitter.com/NS132Aq3i6

Get The Led Out at Indian Ranch 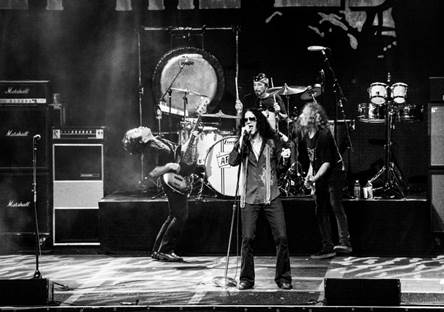 The Philadelphia-based group has six professional musicians that recreate the essence of Led Zeppelin's studio recording, with three guitars on stage.

Volunteers Needed for the Holiday Festival of Crafts

The Worcester Center for Crafts is asking for volunteers for its 2022 Holiday Festival of Crafts.

Varying time shifts are available within the following hours:

“The national average for a gallon of gasoline slid three cents in the past week to $3.77, and prices locally have been stable recently,” said Mary Maguire, AAA Northeast Vice President of Public and Government Affairs. “The main reason is the global cost for oil, gasoline’s main ingredient, has been stuck in a narrow price range of $85 to $92 a barrel for several weeks.”