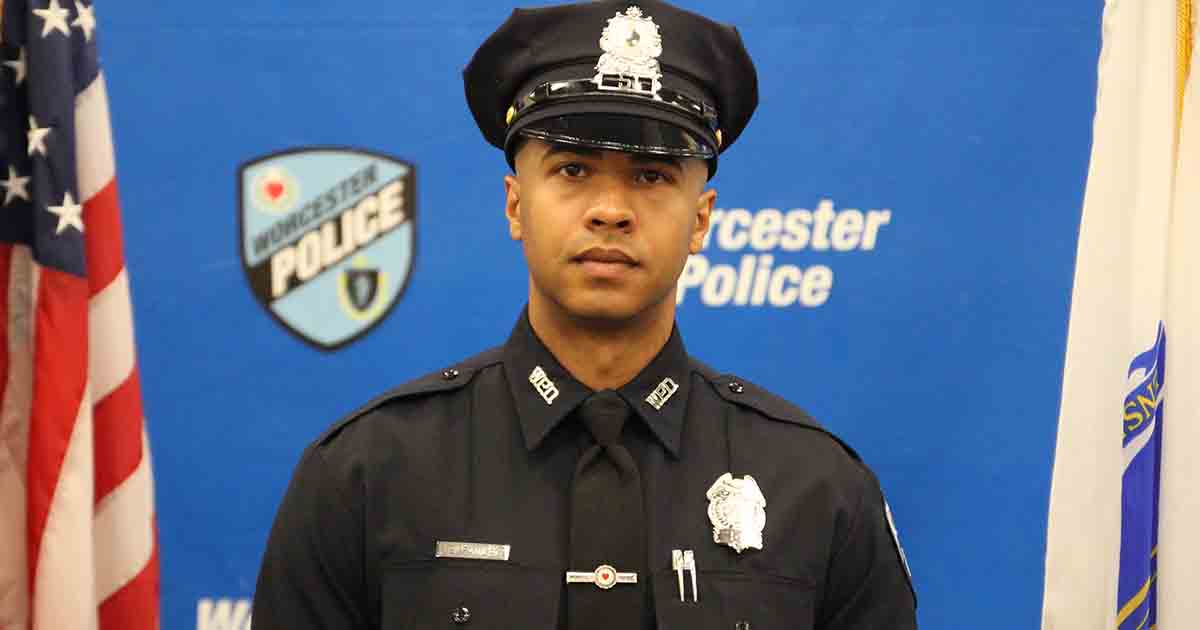 A Worcester police officer died while attempting to save a 14-year-old boy in distress in Green Hill Park on Friday, June 4.

Reports of a possible drowning at Green Hill Park were received around 1:35 PM. Worcester Police and members of the Worcester Fire Department arrived on the scene to find several individuals in the water, with one person in the middle of the pond reaching an arm up and struggling.

Five officers entered the water in an attempt to rescue victims and secure other people in the pond. Two individuals were brought to shore.

After securing those two individuals, officer realized one officer was missing.

Divers located the officer at 2:28 PM and brought him to shore. EMS on the scene performed life saving procedures and transported the officer to the hospital.

Familia was later pronounced dead at the hospital.

At 3:25 PM divers located the 14-year-old boy and EMS transported him to the hospital, where he was also pronounced dead.

One diver was also transported to the hospital with minor injuries.

The officer of Worcester City Manager Ed Augustus announced that flags at all municipal buildings and public spaces be flown at half-staff until further notice.

*This story was last updated June 5, at 9:56 am to include flags being flown at half-staff.

WORCESTER - A Worcester Police officer has reportedly drowned while trying to save a child in Green Hill Pond, according to WBZ-TV.

The child was reportedly transported to the hospital.

According to Spectrum News 1, the officer was attempting to rescue a teen when both went under water. Both were pulled from the water and transported to the hospital.

The area was blocked off to law enforcement and first responders only.

Image courtesy of City of Worcester