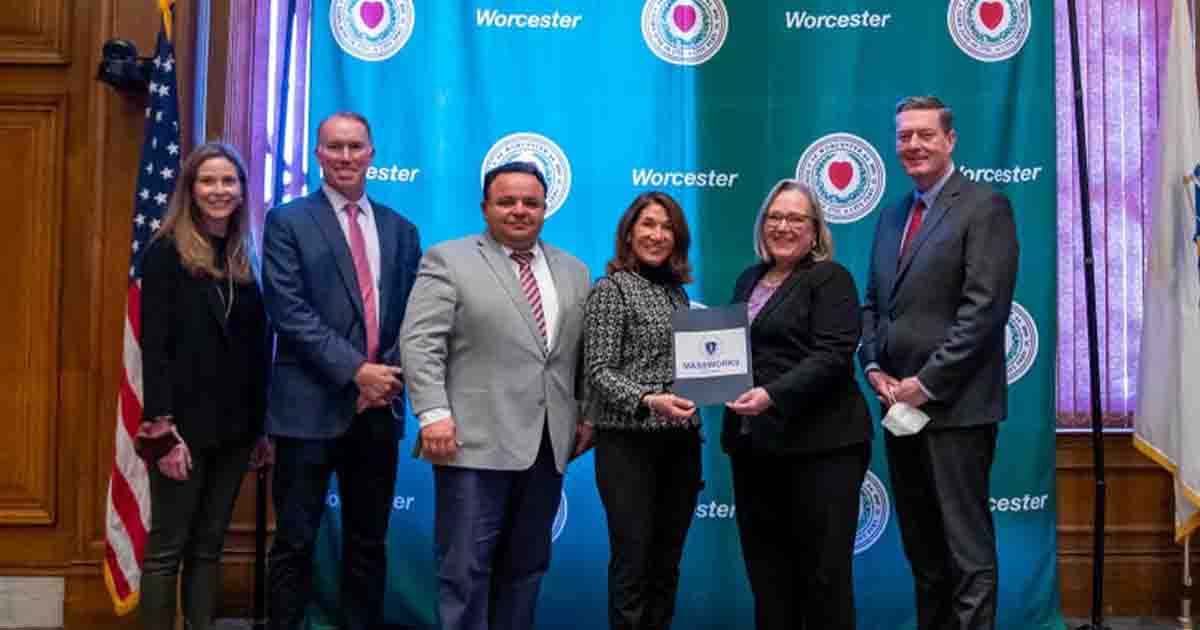 WORCESTER - Lt. Governor Karyn Polito and Undersecretary of Community Development Ashley Stolba were in Worcester on Tuesday, November 16, to announce $2.3 million in grants through the MassWorks Infrastructure Program.

A project for reconstruction of Brookview Drive received just over $1 million in funding. The project provides around 2,000 feet of architectural perimeter fencing that will replace an existing deteriorated guardrail.

The two awards to Worcester are part of this year’s round of MassWorks Infrastructure Program Grants which issued 56 grants with $66.5 million in funding for 50 communities across Massachusetts.

The Spruce Street improvements support Boston Capital Development’s redevelopment of a four-acre site at 153 Green Street. The parcel contains the Table Talk Pie Company and is located next to Polar Park.

Boston Capital intends to invest $150 million for a multi-phased project that will include between 325 and 350 units of market-rate and affordable residential housing, over 40,000 square feet of commercial space, and green spaces.