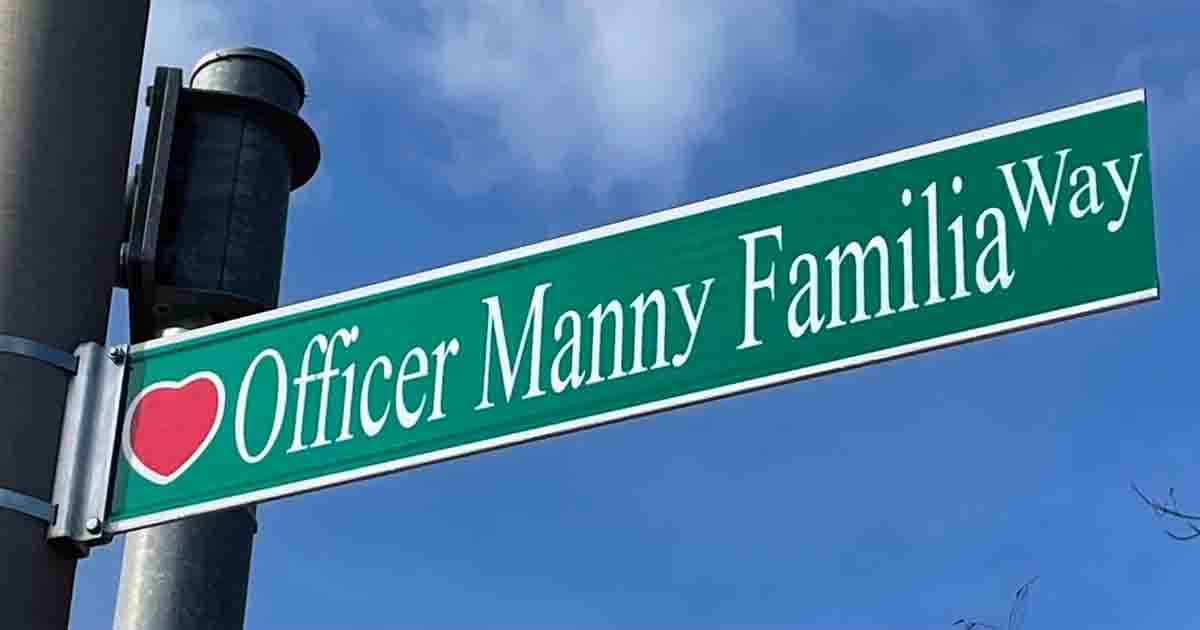 WORCESTER - The name of a street in Worcester now stands in honor of Worcester Police Officer Enmanuel Familia.

Familia died while in the line of duty on June 4 during a rescue attempt of a 14-year-old boy in distress in Green Hill Pond.

The formal dedication of the street is scheduled for June 4, on the one-year anniversary of Familia's death.