Fugitive on MA Most Wanted List Captured in Florida 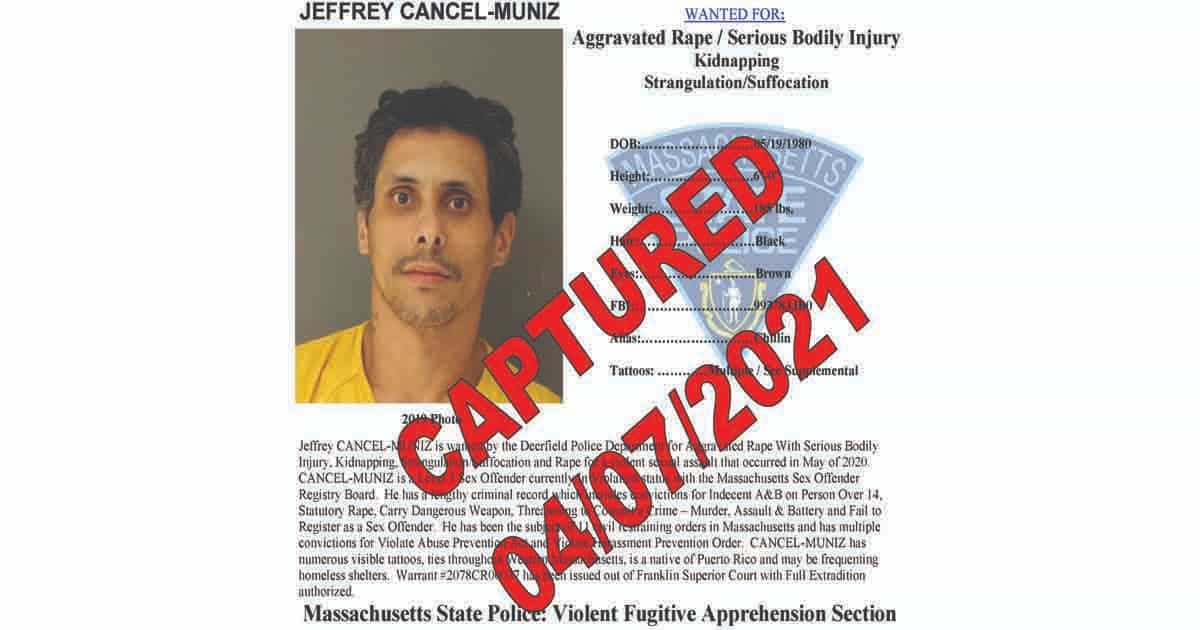 Jeffrey Cancel-Muniz, 40, is a Level 3 Sex Offender and wanted in Deerfield for aggravated rape causing serious bodily injury, rape, kidnapping, and strangulation. A sexual assault in May 2020 le

On April 2, the MSP Violent Fugitive Apprehension Section [VFAS] received a tip that Cancel-Muniz might be in Kissimmee. VFAS Troopers and the US Marshals Service were working to determine a location.

On Monday, April 5, a desk clerk at a Travelodge in Kissimmee had an issue with Cancel-Muniz. The clerk later conducted an online search and found the wanted poster issued in March.

Staff at the Travelodge notified police and Osceola County Deputies responded to the motel just after midnight. Deputies arrested Cancel-Muniz as a fugitive from justice.

Cancel-Muniz is being held pending an appearance before a judge in Florida on Thursday, April 8.