5 Things You Need to Know Today in Worcester - June 1 In today’s edition – Tuesday, June 1 - commuters can expect traffic delays today and throughout the week at the Plantation Street bridge, there are three days of mobile vaccine clinics this week, abatement works starts today on the old South High, Worcester Wares is moving back into their DCU Center location, and the WRTA is hosting a public meeting this week to discuss service changes starting in August.

Traffic Delays Expected at Plantation Street Bridge Thru the Week

Construction work on the Plantation Street bridge deck will begin and traffic will be maintained with alternating single lane traffic.

Plantation Street paving will start Tuesday night starting at 8:00pm and continue until 6 a.m. Wednesday morning. The area will be closed to traffic and a full detour will be implemented, according to the Worcester Police Department.

The road will also be closed on the night of June 7 to install the permanent pavement markings. A full detour will be set up for the duration of the work from 8 p.m. to 6 a.m.

There are three mobile vaccine clinics scheduled this week in Worcester:

The City will also be announcing dates for vaccination clinics open to the public that will be held at Worcester Public Library and open to the general public for all individuals ages 12 and older.

Ahead of the demolition of the old South High School scheduled later this month, crews will begin abatement work on the inside of the building starting Tuesday,

The old South High building was built in 1978.

Worcester Wares -- the shop celebrating all thing Worcester -- is moving back into their original location at the DCU Center at 105 Commercial Street.

This location has been closed since last year. Worcester Wares' second location at the Worcester Public Market reopened on May 8 (508 Day).

The Worcester Regional Transit Authority (WRTA) will hold a public meeting to collect feedback and comments regarding proposed route and schedule changes to certain bus routes.
The proposed changes would go into effect on August 28. The changes will not be final until they voted on and approved by the WRTA Advisory Board on June 17.
The proposed changes include the bus routes below and related ADA paratransit service: 5 Things You Need to Know Today in Worcester - June 1

In today’s edition, expect traffic delays today at the Plantation Street bridge, there are three days of mobile vaccine clinics this week, and more.
1 2 3 … 1,848 Next » 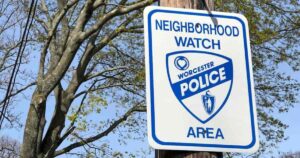 There are 52 Neighborhood Watch Groups in Worcester. Meetings are held regularly — often once a month in various locations in the city.
1 2 3 … 1,848 Next » 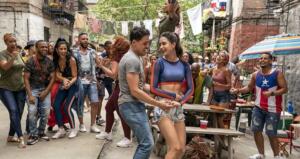 9 Must-See Movies Being Released in June