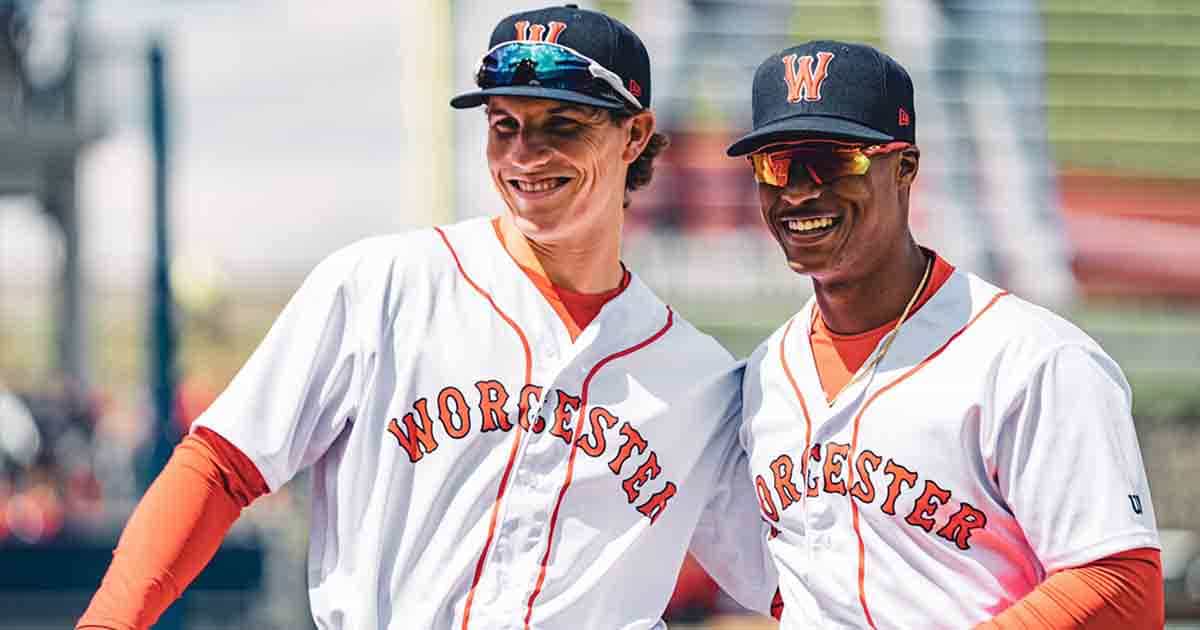 WORCESTER - The story of day one in Polar Park: The ball travels.

The first game in Worcester’s new ballpark saw six home runs, three by the Red Sox, in an 8-5 win for the first-time hosts.

Worcester starting pitcher Raynel Espinal gave up five hits but held the Mets to two runs in the first inning. Leadoff batter Johnshwy Fargas was thrown out trying to complete a triple to lead off the game, and Raynel struckout David Thompson with a man at third to end the inning.

Marcus Wilson’s home run to right center field, on an 0-2 pitch with 2 outs in the second, cut the Mets lead to 2-1.

After giving up a run in the top of the fifth, Worcester pulled even in the bottom of the inning. Josh Ockimey, just brought up from Portland, walked with two outs and Jaren Duran hit a 1-1 pitch and tied the game 3-3 with a home run.

Worcester gave the lead back in the top of the sixth with a solo home run by the Mets’ Deivy Grullon.

In the bottom of the seventh, Worcester batters hit their second back-to-back home runs of the season. Josh Ockimey hit a two-run shot followed by Jarren Duran to give Worcester a 6-4 lead.

The Mets tacked on one in the top of the eighth against Brandon Workman, but Worcester bounced back in the bottom of the inning with two of its own.

The Worcester bullpen was impressive again, combining for three innings, allowing only one run on three hits, including a Kaleb Ort save to end the game.

A traffic advisory warns drivers of delays and traffic pattern changes on Route 16 around the Route 146 overpass, starting on Saturday, May 21.

5 Things You Need to Know Today in Worcester - May 20

In today's 5 Things: Worcester to announces a sunscreen dispenser partnership, Friday is the last day for vendors apps for Out to Lunch, and more.

The chief judge of the U.S. District Court for the District of Massachusetts has extended COVID-19 restrictions through at least July 16.
Top