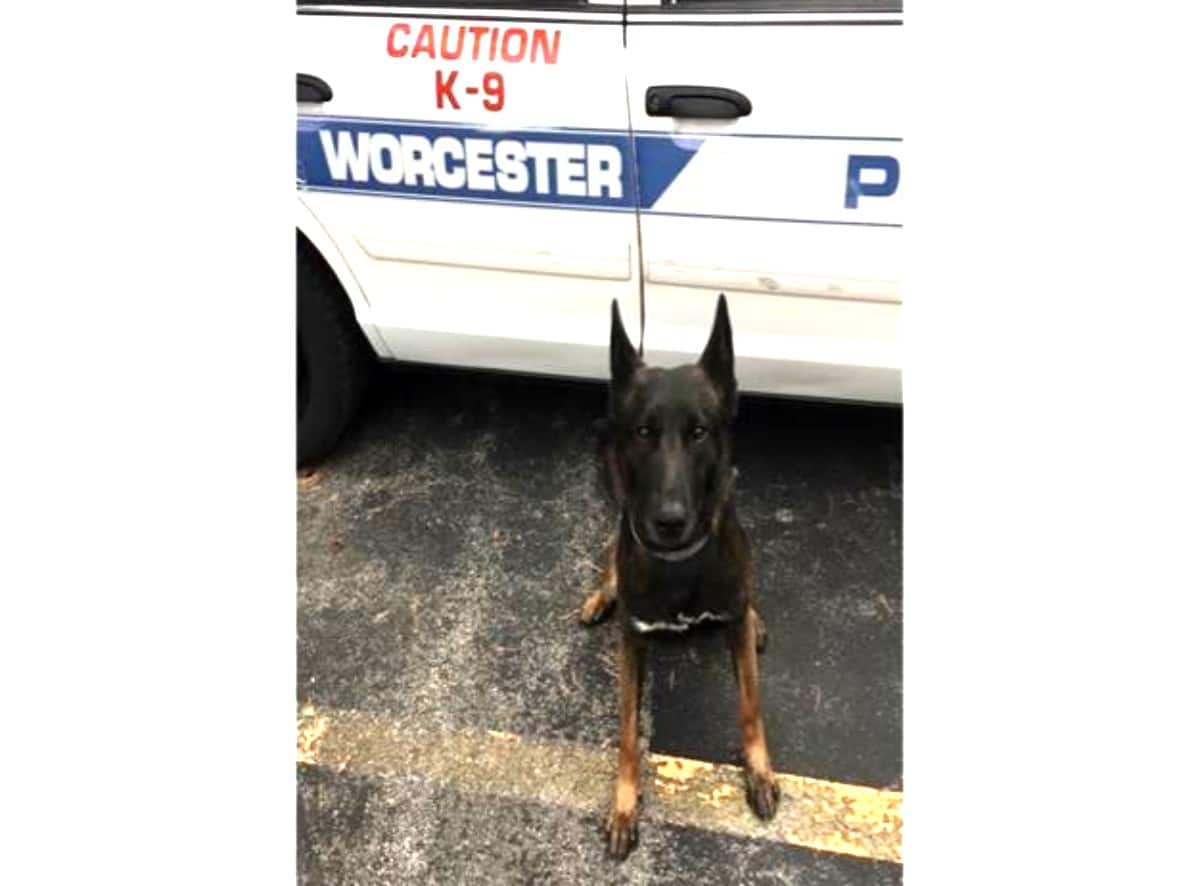 WORCESTER – While trying to subdue a suspect on Foster St. in downtown Worcester on Saturday, Worcester Police K9 Beebs was stabbed multiple times in the head with a screwdriver.

According to the WPD, around 9:30 AM, officers were called to the area of 60 Foster St. for a report of man threatening to stab bus drivers and light them on fire.

When officers arrived, they located the suspect crouched down behind shrubs.

The suspect threatened to harm police and ignored commands from police to come out from behind the shrubs. K9 Officer Dan Pennellatore was called to the scene with his K9 partner Beebs.

Officer Pennellatore warned the suspect that the K9 would be deployed. The suspect again ignored all commands to come out of the shrubs. He continued to threaten police. K9 Beebs was released to aid in apprehending the suspect.

While trying to apprehend the suspect, the man stabbed K9 Beebs multiple times in the head with a screwdriver. K9 Beebs suffered a laceration to his mouth and several wounds to his head with swelling. He was rushed to a local animal hospital to be treated.

Officers were able to remove the male from the shrubs and place him custody.

K9 Beebs has been released from the hospital. He will continue the recovery process with treatment at home along with follow-up veterinary appointments.

K9 Beebs is a three-year-old Belgian Malinois. He has been with the WPD for two and a half years.

Looking for cheap gas? The Boston-based tech company��GasBuddy has developed an app with real-time fuel prices across the country. Below are the five gas stations with the cheapest prices for regular unleaded gasoline this week in Worcester. Prices range from $2.28 to...