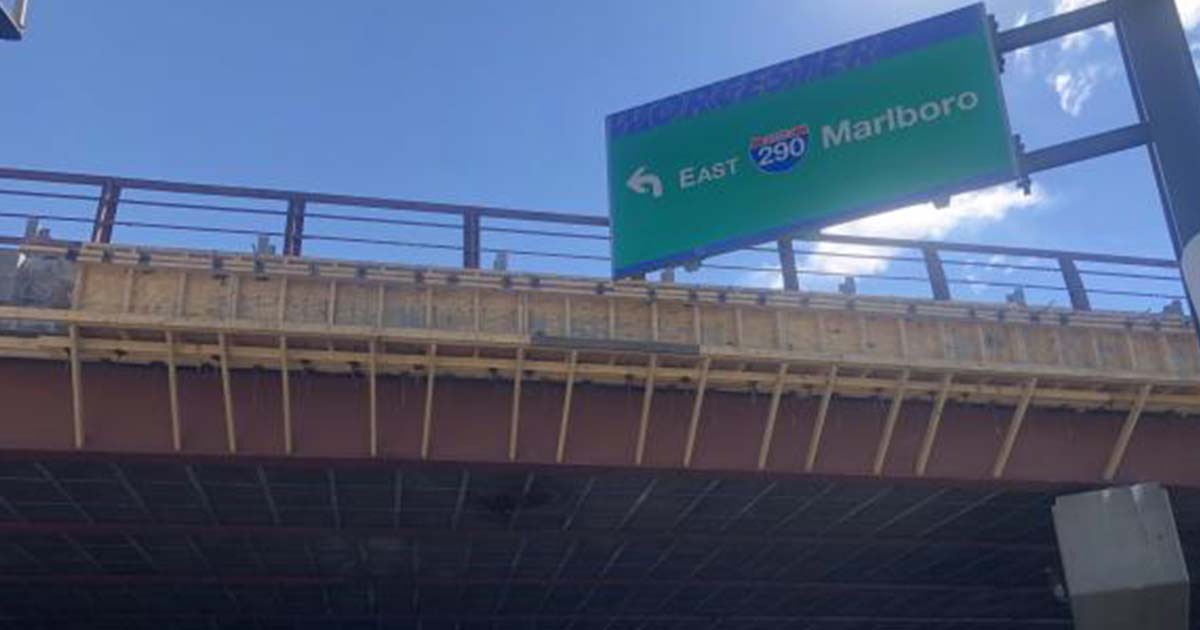 WORCESTER - An unlikely local landmark became part of a push for a change in the state Constitution on Wednesday morning, as representatives of the Fair Share Campaign broadcasted live in front of the Interstate 290/Belmont Street Bridge in Worcester. The broadcast was part of a publicity campaign with others across the state to highlight crumbling infrastructure around Massachusetts.

If approved, the question one would amend the state constitution to create an additional tax of four percent for annual income above $1 million. Experts say the new revenue would bring approximately $2 billion to the state, which the ballot question stipulates must be spent on public education and repairing transportation infrastructure. Critics of the measure say the tax hike will only give the wealthy an incentive to leave the state.

"All of the eyes in the city are on Polar Park and no one is looking at this," Massachusetts Teachers Association organizer Nelly Medina said, while pointing out a portion of the bridge which had part of its frame replaced with wooden support scaffolding. "You see things like this all across Worcester. There are streets in this city where it’s nonstop potholes. This isn’t just an infrastructure issue, it’s a quality of life one."

"We’re paying a higher tax rate then most of these billionaires. We just want to level the playing field," Local Fair Share Campaign organizer Andy Saltzberg told ThisWeekinWorcester.com. "The teachers aren't being paid enough. We don’t have enough teachers, the roads aren’t being fixed. There needs to be a change."

The 135 foot-long I-290/Belmont Street Bridge was originally built in 1958. Portions of the bridge were closed by MassDOT in 2009 citing, "poor condition of supporting beams."

In 2015, MassDOT classified the bridge as being structurally deficient and having an overall condition rated of "poor." The bridge carries an average daily traffic of 31,000 vehicles per day, according to MassDOT.

A report released by the Massachusetts Budget and Policy Center (MassBudget) on Tuesday cites MassDOT's report on 7,880 bridges across Massachusetts, of which 644 bridges are classified as structurally deficient. The condition of another 218 bridges are listed as unknown.

That leaves Massachusetts the fourth worst state in the nation for the percentage of poor bridges by area and about three times the national average of bridges in structurally deficient condition.

The MassBudget report cites seven bridges in Worcester County are highly travelled and listed as structurally difficient. Each has an average annual daily number of commuters over 104,000. Each bridge is along the Massachusetts Turnpike or I-290.

The most recent built or recently constructed of those bridges is 28 years. That bridge is on the Mass Pike and is posted for limited load or capacity. The oldest are three bridges along Interstate 290, which are all 64 years old.

*Year refers to the date built or most recently reconstructed. 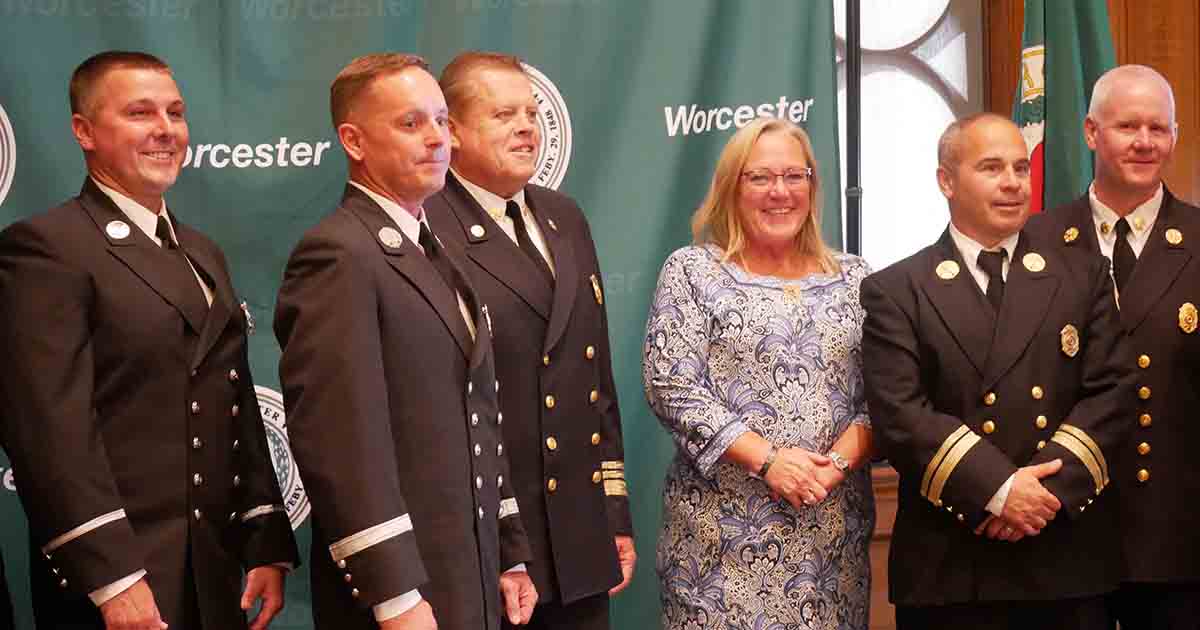 Local and state officials held a ceremony at city hall on Tuesday to honor the commitment of eight Worcester firefighters. 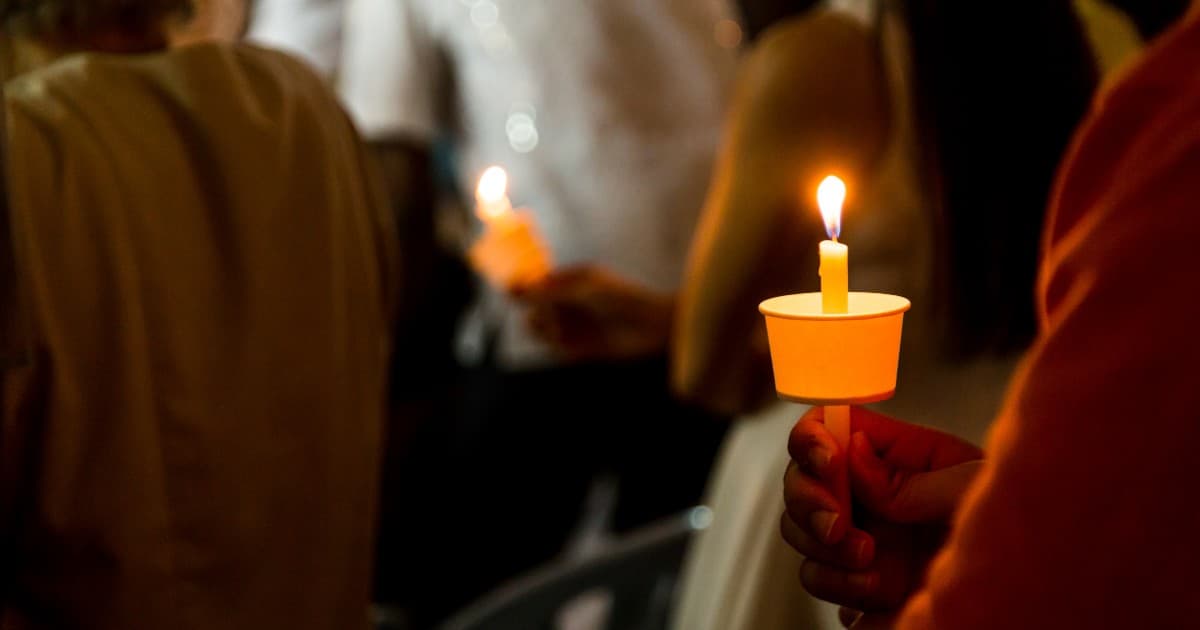 5 Things You Need to Know Today in Worcester - August 31

The United States Postal Service hasn't received an official notification on the sale of the Denholm building.
Top