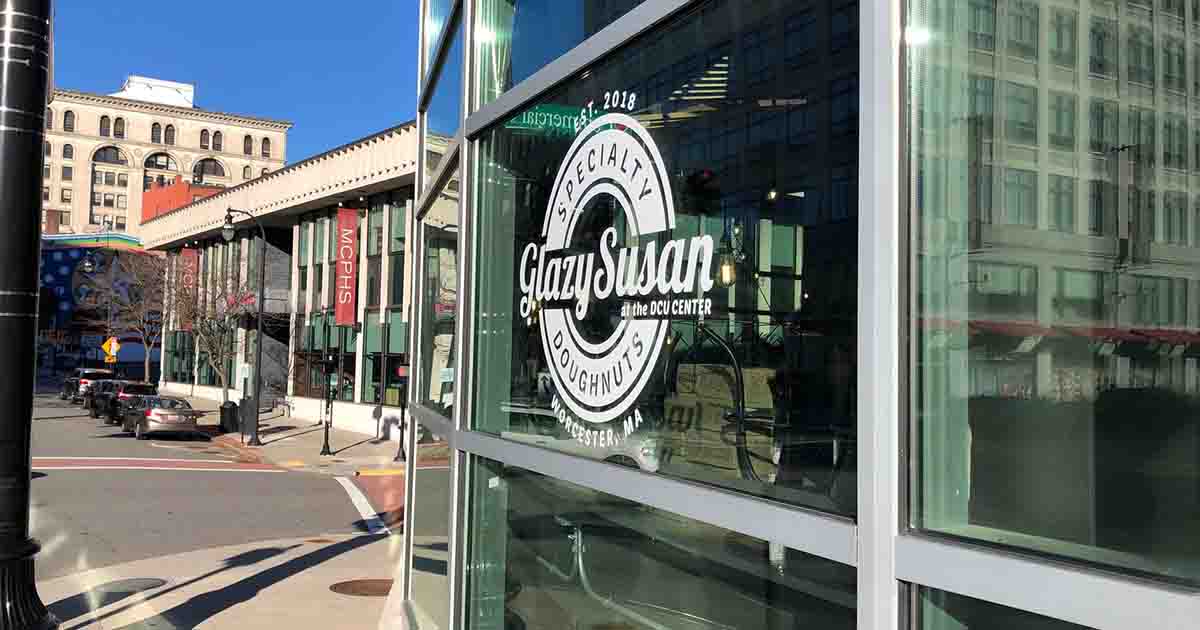 WORCESTER  - The city's first specialty donut shop, Glazy Susan, announced it is closing its doors at the DCU Center at the end of the month.

In a social media post on Saturday, Glazy Susan announced it will be closing permanently on Sunday, Jan. 29.

In their post, Glazy Susan owners Susan and Joe Skrzek wrote the following: "With mixed emotion, we are announcing the permanent closure of Glazy Susan - our final day will be Sunday January 29th. This is largely a personal decision to fully shift our time, energy, and focus to our growing family and our careers outside of Glazy. This decision has also been influenced by the staggering rise in food costs and the incredibly difficult labor market."

The Skrzek's thanked the DCU Center and promised a final menu drop in the coming days.

Glazy Susan opened at the DCU Center in fall of 2020 in the former Figs & Pigs restaurant after operating as a pop-up shop since 2018. The popular donut shop partnered for a short time with Reign Café, a Vietnamese coffee house, which left the donut shop in early 2021.