White Eagle is Standing Room Only for Wednesday’s Beyond Wrestling 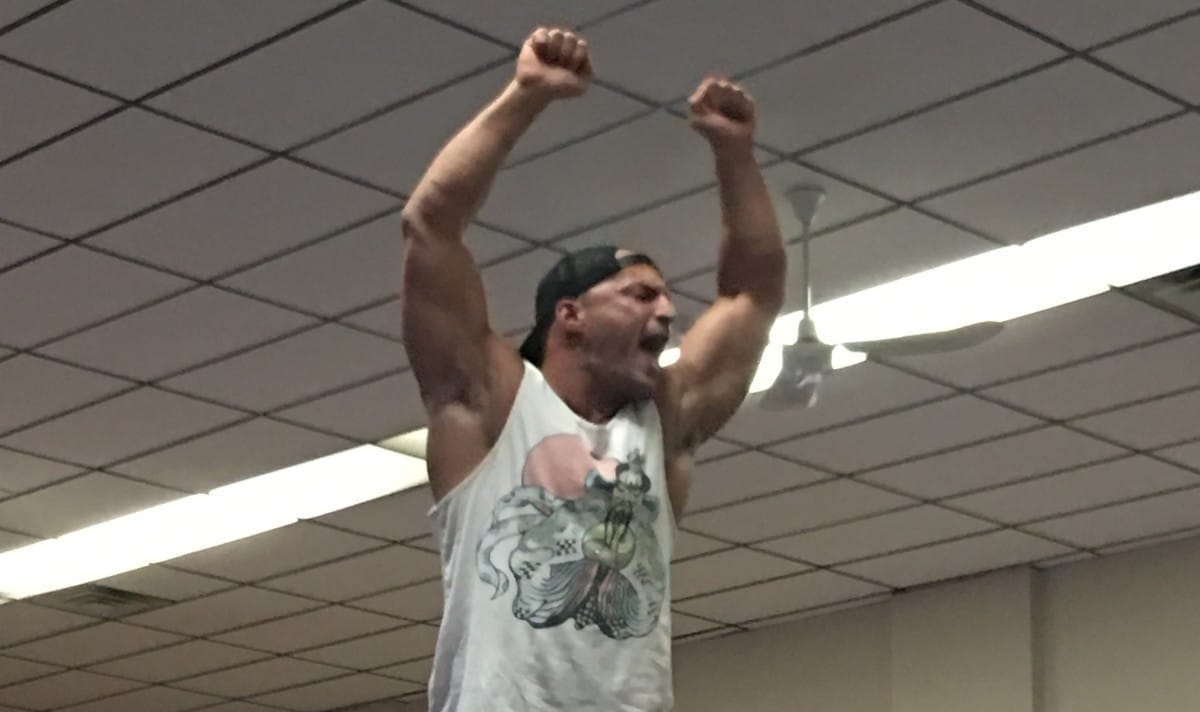 WORCESTER - Drew Cordeiro doesn’t sell a lot of seats to his Beyond Wrestling shows. Let’s rephrase that: Cordeiro sells a lot of tickets, but there aren’t very many chairs. That’s because he wants the fans standing up and involved. Every Wednesday night in Worcester (first at Electric Haze on Milbury Street, now at White Eagle’s upstairs event space), fans pack the venue and crowd around the ring, pounding on the sides, cheering, jeering, chanting (seriously, there’s a chant for everything), and experiencing what one fan said was “The best ten bucks I ever spent in my life!”

Beyond Wrestling’s stable of performers are young, energetic, hungry, and waiting for their shot at the big time. They don’t rely on marquee names from the past to bring in fans. These men and women generate their own excitement and build fan bases every week with names like Chris “Dirty Daddy” Dickinson, Solo Darling, Christian Casanova, and “The Retrosexual” Anthony Green.

Cordeiro started out as most people in the business do, a young fan trading wrestling tapes with his friends and getting involved in the phenomenon known as “backyard wrestling,” underground events where largely untrained wrestlers, and a few pros, perform in makeshift rings. Drew and his friends wanted to bring that attitude and atmosphere to a more professional setting. A marketing and event promotion student, he interned with Kaiju Big Battel, and then went out to the Midwest to work with Hybrid Wrestling and Absolute Intense Wrestling, where he learned promotion and storylines.

One secret to their success is using both local and national talent. “It’s always been a goal of ours to put that local talent up against their best national counterparts.” Another feature is the variety. “We can be any format at any time. We’ve cultivated so much good will with our crowd; it could be anything…Lucha Libre, comedy, Death Match, women, inter-gender. And the crowds come out for it.” Over 250 people attended the most recent Uncharted Territory, and with a YouTube following of 1.5 Million subscribers (only Impact Wrestling and WWE have more), Beyond Wrestling has become one of the most successful independent promotions in the country. None of this is by accident. Embracing social media and the consistency of a weekly show have been huge factors. Says Cordeiro “I had a plan from the start. People always ask ‘What’s the secret?’ and there is no secret, it took ten years to do this. I’ve probably told 25 different people in the industry what the secret is over the years, and no one wants to keep up with it because it’s a lot of hard work. But it was worth it for us.”

Beyond Wrestling’s Uncharted Territory takes place on Wednesdays at White Eagle on Green Street in Worcester. The 2019 edition of Americanrana will be held at Foxwoods on Sunday, July 28.